This year’s Covid-19 event has brought many people closer to gamers and a large amount of PS4 is sold thanks to the psychology of buying consoles to avoid epidemics at home. Along with having more “industry newbie” Then nShop also gets many basic questions from newcomers who buy PS4 devices like playing PS4 games without a disc, what to do? Let’s learn the basics of Playstation. What to do if I play PS4 games without a disc?

Many customers when preparing to buy a PS4 simply think about the device with a hard drive. PS4 game disc sold when purchased and placed in the installer can be played without being in the device anymore. This is true only for PC but also Game Console on the other hand, the mechanism it is from Playstation 1 is maintained by Sony today and probably PS5 remains:

– On traditional off-principle, any game console like PS1, PS2, Nintendo … will directly read data from game tapes / disc and output interactive content to gamers. This is like the old tape and video player you watched. There must be a tape in it before the content can be played. So to play PS4 games without the disc inside you only have to be buy digital games * instead of buying game discs.

When you decide to go down the path of buying a game disc, remember that if you want to play a game, you need to put that disc in to play it!

Yes, many of you new to console game consoles often misunderstand the hard drive specifications of the machine like 500GB or 1TB and mistakenly think with a PC that it helps you play PS4 games without a disc after the installation is complete. In fact, since the PS3 machine, due to the amount of data of the game is so large that the reading speed of the reading speed of the disc (Blueray) Not meeting the instant data download requirement.

Read more:  How to save power when playing PS5, PS4, Xbox Series games? 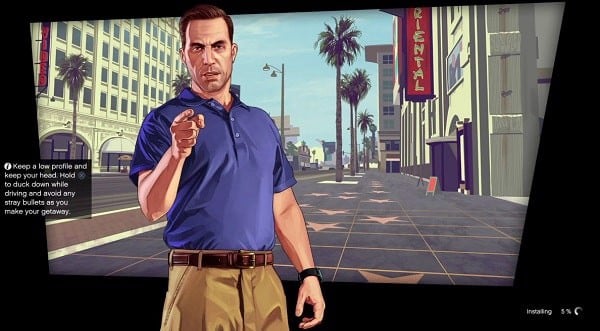 Thinking after an hour of waiting to install, you can play PS4 games without a disc …

Sony has come up with a solution that is to install part of the game’s background data on the device to reduce the load speed. So the hard drive instead of just the operating system, save the game now also adds the task of storing the game’s installation files. The principle of playing games that need a disc remains the same because this part of the data installed is only a part, not all and this requirement also partly ensures that you do not buy a game, but share too much with your friends. reduce the company’s revenue.

I see people playing PS4 games without a disc, right? Aren’t we just installing and then taking out the disc?

Playing PS4 games without the disc you’re seeing is the way to buy digital games (Need create a PSN account and recharge to buy game) It’s like buying apps on the Apple Store or Google Play. This method of buying Playstation games dates back to PS3.

This is more convenient for some, as it will not be compensated “hold” own artifacts or resell when you feel bored of the game. In addition, buying digital games means you will have to download all of the game’s data into your computer, so it requires more hard drive space than playing discs.

Hopefully the above article will partly help you understand why playing PS4 games without a disc is not possible even though it is installed on the hard drive. If you have any questions, do not hesitate to click on the chat window below for nShop to answer for you!