The first thing you need to do is complete your tasks. Then get rid of suspicious players through strange behaviors like chase any member or stand in the middle of the road. If you assign a random player it will only make people skeptical of you. Here are tips and tricks compiled by EmergenceInGame for Astronaut help you find out Impostor – Impostor before the game ends in unjustly.

What do you need to do when you become a Faker in Among Us? 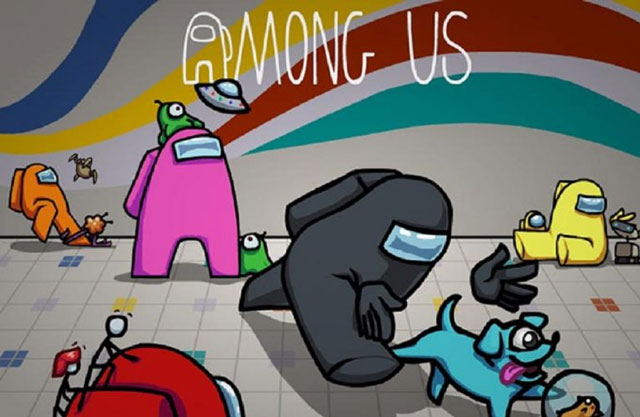 Should I vote to get Impostor out?

1. Use security camera. You can see who is doing what and who is following who

This clever strategy is extremely effective by using the security camera to spy on people on the map. For example, if two players entered an area within the field of view of the camera and only one turned or did not turn around, someone could have been killed.

Or you can find evidence of who entered the vent if some vent was opened in the dark. Check your suspect areas if possible. Remember, always watch out for people entering the vents!

2. Always do quests and tasks in front of other players

If you have tasks like electrical repairing, card swiping, oxygen repair or electrical connection, or cleaning up trash, you should do it whenever someone is nearby or tell people to watch you do it, so that you can prove it prove your innocence as these are unique behavioral missions that prove you don’t have to impersonate.

Read more:  Top 10 most worth playing mobile games in the first half of 2022, all super hot faces

3. Move in places with many players

If you are in a room, you have a very high chance of survival if you are with twice as many players. Impostor plus one person. (Example: 5 players in a room in game 2 Impostor).

If you have completed a task and someone else has the same room assignment as you, join them in order for them to continue on with their task. This will help you both trust each other until the end of the game. Try not to follow any other unconfirmed players with the same mission in the room as you, as you might get kicked for being suspected for “suspicious” behavior.

Do not perform the task immediately. Instead, look at the completed task bar above while everyone is swiping their ID. A crew member will quickly leave once their mission is complete, also Impostor will escape, but the quest completion bar will not increase. This way, you can easily know who is ImpostorBut don’t press the emergency button immediately, as most crew members won’t believe you. Impostor can easily counteract this strategy by sabotaging messages or by leaving after someone has completed their mission.

If someone performs a task and leaves without the taskbar going up, chances are they are Impostor. This isn’t easy to spot, so pay close attention if you don’t want a suspect.

If the player never performs a mission, chances are quite high they are Impostor.

5. Avoid crowded gatherings in one location

Gathering many players in one position will cause players to cover each other Impostor can easily kill anyone and not be suspicious.

Read more:  Free Fire OB35: 6 best guns that gamers should use in the new update

Source link: Among Us: a quick tip for finding an imposter for the Crew