Ubisoft holding the hottest titles in the gaming world.. from Assassin’s Creed, Rainbow Six Siege until Far Cry with the 5th version about to launch. With a large fan base, those are familiar faces that often represent Ubisoft on the world gaming scene. However, there is still another monument that has brought a lot of success to this game company but is now being mercilessly rejected.
​

Yes that is Tom Clancy’s Splinter Cell – line action game The famous stealth has stolen the hearts of many gamers. Released for the last time in 2013, for 5 consecutive years, Splinter Cell was silent in the eyes of fans. Sam Fisher doing? Where? What happened after the Blacklist version? No one has the answer.
​ It was only today when Amazon unexpectedly leaked its product list that people saw the return of Splinter Cell. There in this product list, gamers suddenly discovered the name “Tom Clancy’s Splinter Cell 2018“, promising a completely new version about to be released by Ubisoft. However, shortly after the leak, Amazon deleted its product page.. although it was still not fast enough because fans promptly took pictures. again.
​ If this image is accurate, 2018 will see the return of Sam Fisher – the legendary spy with night vision goggles listed as a virtual world icon. It’s been a long time since we’ve had a chance to mingle with this spy guy and hopefully 2018 will be a perfect reminder for fans.
​ 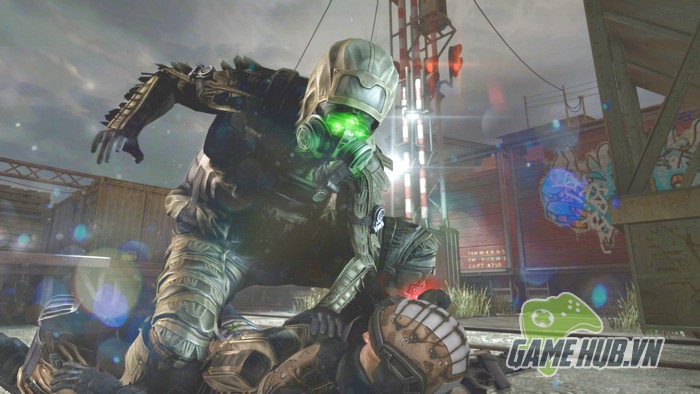 All information about Splinter Cell 2018 will be updated by Emergenceingame.Com for readers as soon as possible.​