Cyberpunk 2077 and GTA 5 both take players to a large open world, but the two games take a different approach. In this article, we will compare the map area together Cyberpunk 2077 with the GTA5 map, as well as find out the difference in the map design between these two games.

Cyberpunk 2077 is an open-world RPG and one of the biggest releases of the past decade. When compared to other open world games, GTA 5 will probably be the name many people talk about – a game that may not be the most revolutionary start of the genre, but it is certainly enough to become a benchmark for other games. 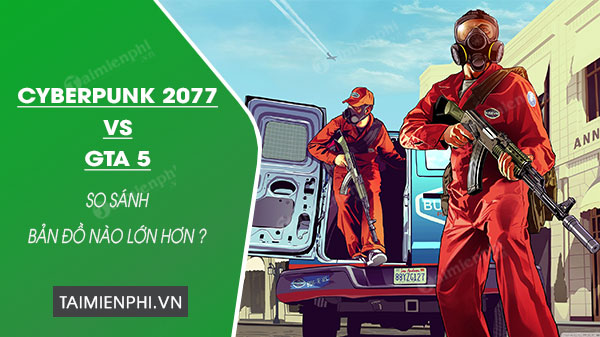 Map comparison between GTA 5 and Cyberpunk 2077

Cyberpunk 2077 is perhaps the biggest game in the genre over the past few decades, and comparisons to GTA 5 are inevitable. Belonging to the open world RPG genre, the map size of Cyberpunk 2077 was one of the most talked about topics even before the game was released. In terms of size, is the Cyberpunk 2077 map or the larger GTA 5 map? We will find out together below.

When comparing two massive games like GTA 5 and Cyberpunk 2077, narrowing down the specifics is essential. This article looks at the existing information about Cyberpunk 2077’s map, what the developers have to say about the “Night City”, and compares that to GTA 5’s approach to the open world.

Rockstar Games made an important decision to elevate the status of GTA San Andreas by crossing the boundaries of a single city and incorporating an entire state into the game. The result is the state of San Andreas, which includes the cities of Los Santos, Las Venturas and San Fierra.

Read more:  How to play Garena Free Fire on a weak phone with 1GB Ram 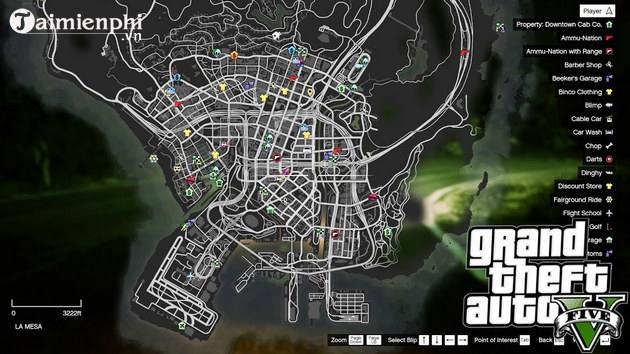 GTA 5 took a similar approach and expanded on the state of San Andreas with more regions like Sandy Shores and surrounding areas. The game world is very large. The game unfolds slowly with quests spread across the map and icons representing a certain attraction. So it motivates players to explore the boundaries of the map.

2. The role-playing playground of the dark future – Cyberpunk 2077

The developer CDPR has mentioned in previous interviews that Cyberpunk 2077’s map expands vertically. This means that the game has well-designed high-rise interiors, and that creates an opportunity for gameplay inside enclosed spaces. 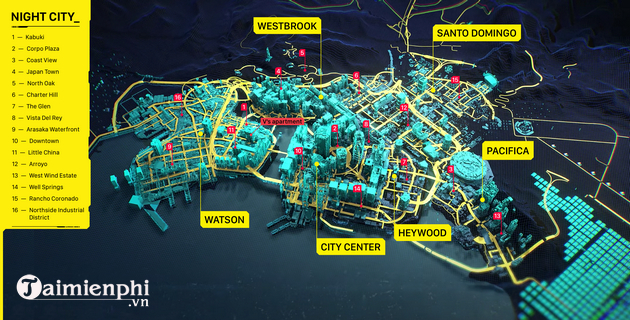 So the game world has a certain focus on gameplay first and foremost. That’s not to say that world building and plot are left out. Cyberpunk 2077’s RPG open world is housed in a map that may not be as expansive as GTA V, but it doesn’t inherently strive for that.

In contrast, Cyberpunk 2077’s open world feels much denser, as well as deeper and more detailed, with content seemingly ubiquitous in every corner, always offering the chance to experience one. something for the player.

Cyberpunk 2077’s night city is located on a map that is said to be about 4 km wide and 6 km long, creating a world with a total area of ​​24 square kilometers. However, not all of that area is land, and a sizable portion of the western area of ​​the map is occupied by water. 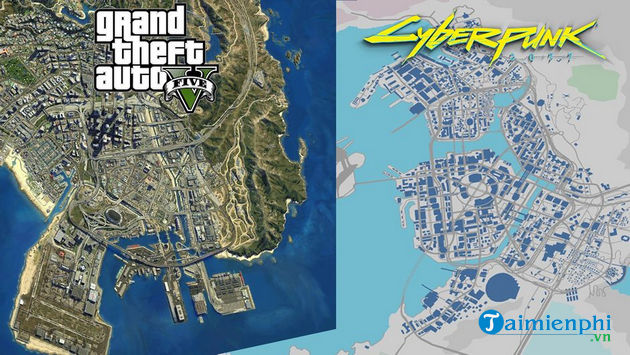 The map of GTA 5 is calculated to have a total area of ​​​​about 48.7 square miles or 126 square kilometers. This number beats Cyberpunk 2077’s Night City in terms of area. By some estimates, with the amount of water removed, GTA 5 is actually about 81 square kilometers in size, a reduction of about 35%. Assuming the Night City’s water takes up a similar amount of the map, the game’s land area would take up about 16 square kilometers.

Read more:  Shrine of Depths Genshin Impact location and how to get the key to open

While the world of Grand Theft Auto is built for high-speed chases, Cyberpunk 2077 might have something different. As noted above, Cyberpunk 2077’s map will be relatively small, but the game will have a lot of vertical space. The numerous buildings in the Night City have multiple floors for players to explore, along with the numerous skyscrapers in the city center, which can greatly increase Cyberpunk’s actual size.

Thus, in terms of sheer size, it can be said that GTA V’s open world is still larger, although Cyberpunk 2077’s superstructure like a separate ecosystem makes up for its smaller horizontal size. .