Warsaw is an incredibly challenging turn-based tactical role-playing game, set in a ruined city during the closing months of World War II. Game Warsaw will be released on Xbox One on October 2nd, so keep these 5 tips in mind to ensure you survive a series of dangerous events.

These tips will keep you one step ahead of your enemies and give you a tactical advantage, if used correctly. However, that does not mean that the quests await you in Warsaw are easy and can be completed quickly. 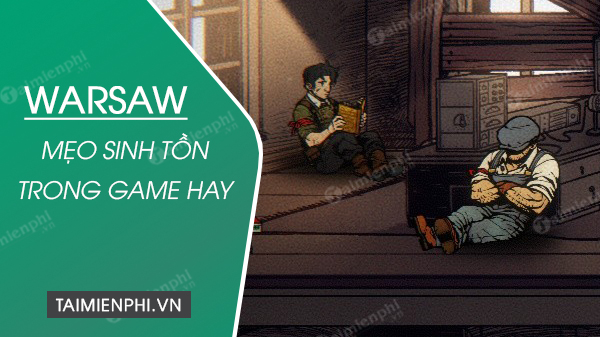 Decide where to get help

A city fighting for survival is bound to be chaotic. All counties need your attention and help, but you simply don’t have the time and resources to help them all. Your army is too thin while the enemy’s force is very large. Each time you assign a mission to a team, you will have to carefully choose which district to send troops to first. Remember that helping one county will have dire consequences for another and make those places weaker. A very good uprising. You will need things like supplies, ammunition but most importantly you will need to keep the spirit of the people of Warsaw. They need to believe in the success of the war and you need to show them that the military is willing to sacrifice its life for them.

When deciding where to send troops first, watch for low morale or increasing levels of burnout. In the long run, giving up high rewards for completing a quest in exchange for the stability of an area is better.

To have a chance to survive, each person needs to fight with all they have, no matter who they are. When the mission is assigned – regardless of training or not, everyone stands up to fight. Nurse, taxi driver? No more. Now they are freedom fighters. This may seem like a hindrance, but you can still take advantage of it.

Having a diverse fighting army means you can experiment with different tactics and strategies to build the most comprehensive combat formation. Try to combine attacking minions with some strategic support for a balanced team. Learn their skills and they will prove their worth on the battlefield.

Pay attention to the health of the force. Soldiers will need time to rest and recover after each mission.

Patrol the streets of Warsaw and you will encounter many civilians in need of your help. Some will come to you for advice and some will beg you to save their life.

Many different situations make it difficult to make choices, and these choices can have unpredictable consequences. Think about what’s best for each stakeholder. What is more important? Protect the safety of a small group of civilians while putting the lives of your best warriors at risk, or hide and wait for the opportunity to rise to the fight another day? Each decision can bring you rewards or consequences.

Take advantage of what you find

You’ll need to make sure your army is properly equipped to fend off invaders. The city is cut off from any outside support, except for the occasional drop from one of the allied planes. You will have to rely on foraging from the corpses of enemies and rare gifts from the citizens.

Be careful with what you bring to the mission and what you bring back. Equipment storage space is limited. You will have to consider important things like ammunition and bandages to cover the wound with some equipment such as flares, cloaks and compasses. After each fight, you’ll have to carefully choose whether to stockpile ammo or loot guns that you can repair or exchange at the HQ.

The streets of Warsaw would be filled with Nazi patrols. During the execution, some gunfights are inevitable and you will have to kill if you want to save your life. If you find yourself in a protracted fight and your team is running low on ammo and health, consider avoiding a few gunfights and focusing on getting back into hiding.

To maximize your chances of safely moving through the streets of an enemy-occupied city, use items like flares that help locate enemies, cloaks that allow you to hide and sneak around them , meanwhile, the compass will let you move faster.

Be prepared and keep in mind the survival tips shared above! War in Warsaw will break out on Xbox One on October 2.

Link to buy Warsaw game on Windows and Xbox One:

=> Link get Warsaw for Xbox One

See also: Tony Stewart’s All American Racing is now available on Xbox One

Read more:  How to Get Unlimited Free Fire PlayCards

Source link: 5 survival tips in the game Warsaw, available on Xbox One on October 2
– https://emergenceingames.com/