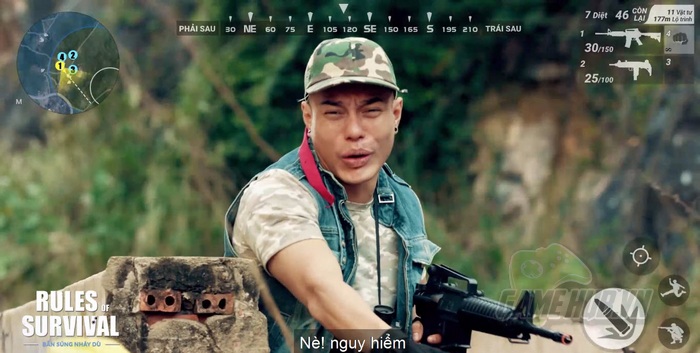 This time, 3 members of Bao Lam’s team are determined to pick up “hearing” to become the last survivor. However, the hearing was not picked up but was shot for “faint touch”. Only Le Duong Bao Lam “cowardly” is still alive and has two options: rush to save his teammates or continue to hide. After a while of arguing, paying with scratch cards, drinking, Le Duong Bao Lam was determined to rush forward for his teammates. What will the ending be like? Watch the funny clip below:
​

Hopefully, Le Duong Bao Lam with the comedy clip Rules of Survival mobile live-acion will give gunners moments of relaxation before participating in the Rules of Survival Mobile survival battle with an interesting update this afternoon 28/ 2.​