Valve has never come up with an official and comprehensive plot for Dota 2, all we know about the context of this game is that the pieces come from Hero‘s biography or some comic strips are revealed in a trickle. There have been many gamers who want to synthesize those pieces, but between them there are paradoxes that are hard to ignore.

At its simplest, there are huge differences in the strength of the Heroes based on their biographies.​ 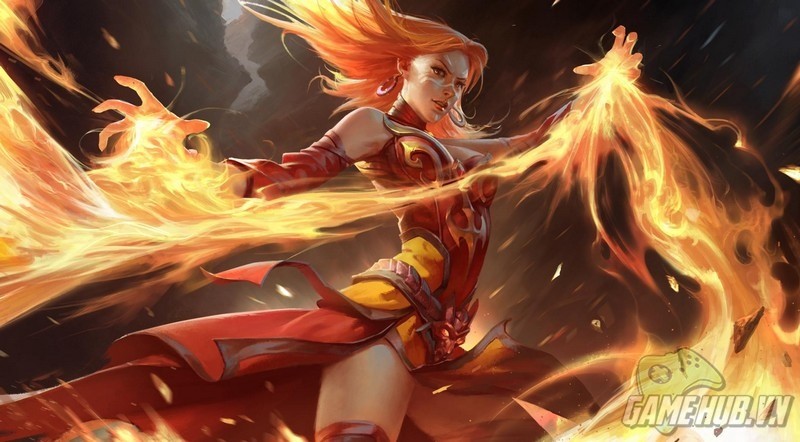 Ax is a brutal general, Anti-Mage is a priest of a special school, Lina and Crystal Maiden are “daughters” of Fire and Ice. Sounds terrible, right? But what’s the point of comparing them to beings possessing powers on par with the gods?

Keeper of the Light, Chaos Knight, Enigma and Io are the 4 Fundamentals, the fundamental elements that form the world. All four exist at the cosmic level, can travel through thousands of worlds, and are immortal.

Elder Titan and Weaver are described as two gods with the ability to create the world. While Weaver wanted to destroy the old worlds in order to have materials to “weave” a new world of his own, the Elder Titan seems to be the one who created the Dota 2 world.

Zeus is a mortal god. Arc Warden is described as the 3rd Ancient alongside Dire and Radiant. What about Oracle? He can control fate. Every word he says can affect reality.
​ Every prophecy that Oracle makes, the fate of the world will be affected​

And there are many other Heroes with similar heroic biographies. Yet, they all have to plunge into an eternal war that no one understands the meaning of. With such powers, why should they voluntarily engage in a battle between the living and the dead? Remember, many of those Heroes live in a world separate from the Dota 2 world, and have actively come here to fight.
​

Why did all these mighty beings have to participate in the war between Dire and Radiant?​

Here, the writer poses a hypothesis that can be considered as reasonable. That is, the battle between Dire and Radiant, two powerful and undying entities, could have had negative effects on entire worlds. And if it continues, it could bring about the doom not only of itself, but of the entire multiverse (including all the worlds mentioned in the Dota 2 story). .
​ Will the war between Dire and Radiant lead to the destruction of the worlds?​

Thus, it is easy to see that this is also the cause of the balance of power of the heroes. Because, those powerful entities want to end a battle to stabilize the world, not fight each other and make the world more prone to collapse.

Besides, there is a very popular concept used in Western fantasy novels, which is the existence of something called “The Will of the World”. This will will protect itself, all non-native beings, when entering that world, will be restrained by it so that it cannot cause uncontrollable destruction.
​ Is there a will (Ice Frog?) that is balancing the power of Dota 2 Heroes?​

So, is there an explanation for the limited power of Heroes with a great biographies? One is that they restrain themselves, the other is that the world of Dota 2 restrains them. The writer is inclined to a combination of these two reasons.

In addition, there is another concept that will be true for all types of novels, that is the concept of the main character, including the villain and the good. If understood in another way, then these characters can be considered as the darlings of the so-called “World Will”. And so, inside that world, their power was multiplied. Anti-Mage could be considered a representative of this type of character on the right side. What about Ax? This executioner will obviously have to play the evil role.
​ Anti-Mage is definitely the type of protagonist who gets his whole family killed, gets stronger, then returns for revenge​

The above are the personal opinions of the writer when researching the plot of Dota 2. And you, do you have your own views on this issue?
​