If you do not know anything about how to play Riven, then this is a complete guide for you to get acquainted and equip yourself with knowledge before entering Summoner’s Rift arena. Also we recommend using Teleport in 5 vs 5 matches Riven as it is a wise choice in case you do not have high laning solo skills and want to play in a “solid and durable” style. Riven very suitable as a top laner and very strong there. Girl No need to use mana and is limited only by the cooldown to use your skill set.

Activated every time Riven Uses a skill and it lasts for 5 seconds. To maximize this passive skill, after you use a skill, attack with a basic attack followed by the skill and then basic attack again. By doing this, you will maximize your damage Riven and use her passive skills to the fullest extent of her potential. Q of Riven was Tam Bo Sword. Riven lashes up to 3 times dealing damage with each forward slash. This skill is possible reactivated 3 times in a short amount of time, and the third hit will tossed surrounding enemies. Riven’s Q skill works really well with Passive skills – Ancient sword skillsSo take advantage of it to maximize the damage in the match.

The most important thing: you must master the combo sequence Riven, combined with alternating basic attacks and the ability to fly the opponent’s kite, also the amount of damage Riven then do not have to discuss.

Her W is called Force. When activated, it creates a circle AOE Small surrounds Riven and stuns all enemies within its radius 0.75 seconds. This is a great skill for manipulating enemies and continuing to combine with other skills. After Riven use full Q combo She can Force to stun and basic attack to continue the combo sequence combined with the basic attack. Her W can be used to initiate a fight, if multiple enemies are attacked by Force At the right moment, it will be a beautiful fight for her.

In a way, it also works as a skill to run away if Force Used in conjunction with her E. W can stun enemies while you dash with her E skill to run away at the same time. Force Has fairly high damage and is usually max max leveled skill’s ultimate Riven. 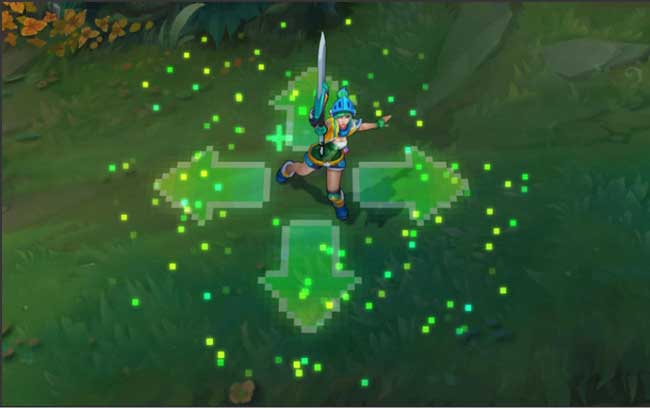 Heroic is the 3rd skill, Riven Quickly zooms in the cursor direction while creating one shield. Her shield is used to absorb damage in battles as well as narrow the distance chasing enemies or possibly escaping them. It’s her pretty quick and normal cooldown maximum lift 2nd next move Q. The strength of the shield is not only in the armor but also in the mechanism of this ability when used to combine combos and cancel redundant moves. Use it properly to combine the remaining skills and create beautiful combos. 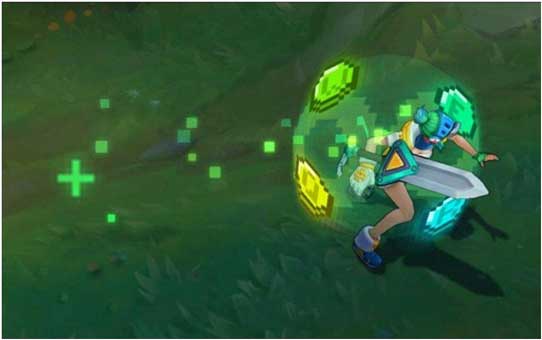 Blade of the Exile, is her ultimate skill. Riven Strengthens your weapon with a blast of energy Increased physical damage and increased attack range. Also, during this time, she can use Wind Slash, an offensive skill range Very strong .. Her ultimate skill should be used at the beginning of a fight. Blade Skill Exile Her only exists in 15 seconds, So calculate your time carefully when using this technique!

Blade of the Exile, Wind Slash is the second activation, firing a wave of clear energy Cone from Riven’s blade when activated. Deals physical damage to all attacked enemies, her Wind Slash is a skill that can pierce enemies and deal massive damage. percentage of blood So it’s like a very good finishing blow. The more blood your opponent loses, Wind Slash will deal more damage.

Wind Slash is a skill AOE That means it can attack all enemies it passes through within its radius. If multiple enemies have low health and stand together, Wind Slash can kill all of them if placed correctly.

Doran’s Shield + Potions is a top lane starter item for Riven when he meets champions, but if you solo Q with a lot of opponents, you can choose Doran’s sword or Long Sword.

This is the gear-up direction when facing top lane fighters. If the enemy team squad has many bloody enemies, choose the way to get critical equipment that is hot for many players Riven used with a huge amount of damage.

This complete set of equipment is the classic item when the game is coming to an end for a large number of gamers playing General Luu Day. Come on yourself Angel Armor When choosing myself the position will open the teamfight and replace it with Thorns Gai if the enemy team has multiple magical damage generals.

Please pay attention when choosing Riven to deal with Darius or Rekenton because these are counter cards Riven Extremely powerful if you don’t have high skills.

Should play with the enemy champion if you are unsure of a match against the opponent because if Riven Being pressed will be difficult to raise your head.

The above is how to play Riven – The Exiled, a general chosen by many gamers in the rankings.

Source link: Instructions on how to play basic Riven – The Exile of Noxus