Ziggs is an explosives expert who is usually played in the mid lane Wild Rift Alliance. Ziggs has a wide and long range of damage. Based on the gameplay, Taimienphi.vn will share with you how to build Ziggs in Wild Rift League to maximize the strength of this champion.

Ziggs He’s not the most popular champion in Wild Rift, but he’s worth picking because he can deal massive damage, along with a long range. Ziggs will give you a terrorist experience with the ability to bomb continuously. 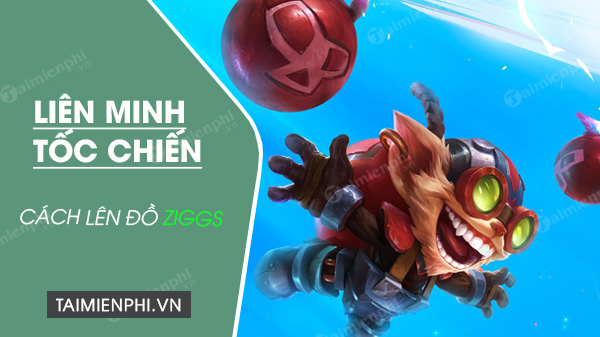 How to Build Ziggs in Wild Rift Alliance

If you’re having trouble using this champion or are looking for the best way to build Ziggs, you’ve come to the right place. In this article, Taimienphi.vn will guide you how to build effective Ziggs in Wild Rift League.

1. How to Itemize Ziggs in Wild Rift League

Choose Luden’s Echo as the first equipment item for Ziggs. It gives Ziggs a higher chance of survival in the early game with 80 AP, 300 mana and 10% cooldown reduction. As for its Passive, Luden’s Echo grants Ziggs 100 extra AP after reaching 100 stacks by moving and casting spells.

For shoes, you’ll want to choose Ionian Boots of Lucidity because this item reduces Ziggs’ cooldown by 10%. This is extremely beneficial for mages, especially champions like Ziggs, who can create deadly combos with their skills.

You can purchase Morello’s Demon Letter after obtaining the Infinity Orb. This item gives Ziggs an extra 70 AP and 300 HP, helping the character to take better hits. Morellonomicon is also great against lifesteal-based obstacles in teamfights with Grievous Wounds – an effect that reduces enemy health. 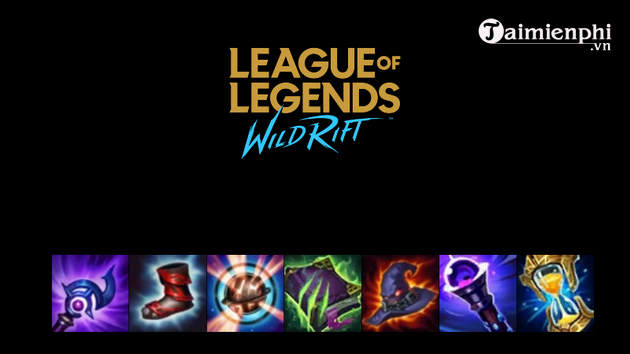 Rabadon’s Deathcap greatly increases Ziggs’ magic damage, making it difficult for enemies to survive your attacks. Although the price is quite high, this item is completely worth buying because it adds 130 AP to Ziggs. Not to mention its Passive gives you 40% more AP out of total AP. Even Tank generals find it difficult to withstand Ziggs’ attacks when equipped with Rabadon’s Deathcap.

Next, you should equip the Void Staff for Ziggs. This item is especially important in the late game, because Tank champions can already be equipped with magic resist items. Therefore, you will hardly be able to damage them. Speaking of effects, the Wand of Void gives you an extra 70 AP with a Passive that grants you 40% magic penetration.

As a Mage, Ziggs is easy to die, especially if he is the target of Assassins like Master Yi or Zed. Therefore, you can upgrade the Ionian Boots of Lucidity to Stasis Enchant. It will make you invulnerable for 2.5 seconds.

(If the opposing team has a Tank on the front line, you should have Liandry’s Torment and Morellonomicon as these items increase Ziggs’ health, penetrate magic resistance, and deal extra damage based on his max health. enemy).

As a Mage, Ziggs needs to deal constant damage to finish off opponents quickly, that’s why you should choose Electrocute as Ziggs’ Key Gem. By striking an enemy 3 times (base and AP), the target will be struck by lightning, causing them to take 30-184 damage (based on level); (40% bonus physical damage); (25% AP).

To deal massive damage, you can choose the Champion rune as the Overpower Gem for Ziggs. This rune deals 10% more damage to champions, but you lose 5% each time Ziggs dies until the bonus disappears. 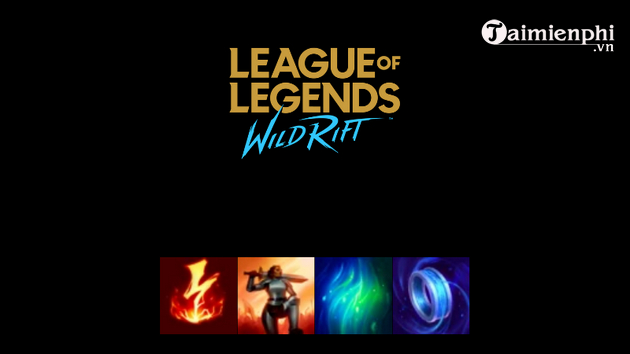 For the next rune rune, you can choose Regeneration to help Ziggs stay strong. Its passive allows you to regenerate 2% HP or Mana every 3 seconds (based on which percentage is lower).

For the ultimate rune, you should choose Manaflow Band to gain 30 mana (max 300 mana) when Ziggs hits an enemy champion with an empowered skill or attack. 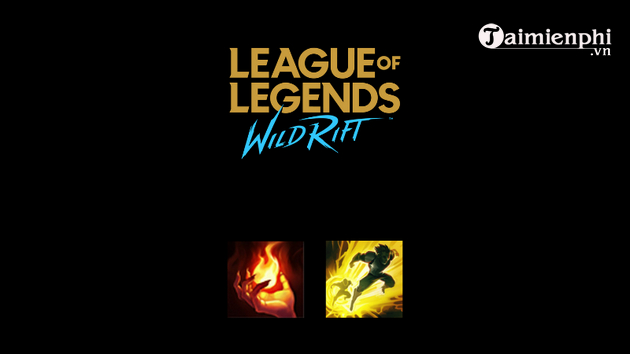 Ignite offers great benefits to Ziggs during duels. You can cast Ignite when the target’s HP is severely low, as it will burn your target with 60-410 true damage (based on level) over 5 seconds, allowing you to finish off your opponent when They try to get out of the fight. 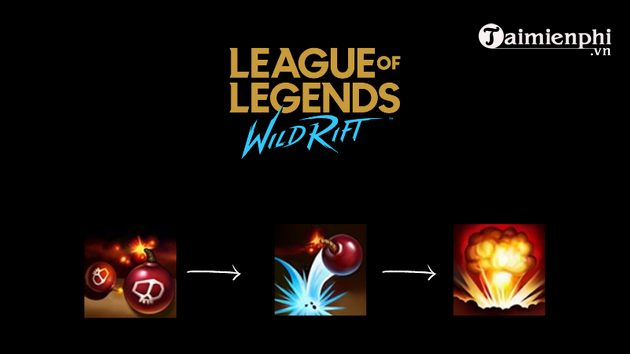 Ziggs’ combo is not complicated at all. He really doesn’t rely too much on his combos. Ziggs is more of a blood poke. However, you can use Ziggs’ basic combo to make the most of your character’s damage: 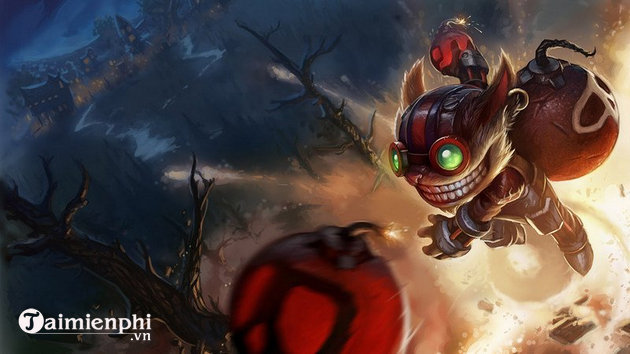 With the ability to deal great damage at great distances, Ziggs provides great support for his teammates. And with the rune table and Ziggs build as shared in the article, Ziggs will fight more effectively and bring a great advantage to your team.

https://thuthuat.taimienphi.vn/cach-xay-dung-ziggs-trong-lien-minh-toc-chien-61572n.aspx
Besides, players can also choose to play League of Wild Rift on PC for a better experience, avoiding lag.

See also: How to play Wild Rift League on PC.

How to use Ziggs in the alliance