Free Fire OB27 is one of the major updates to this popular survival shooter in 2021. Update Free Fire This is officially launched to gamers on April 14. Here are the details of the Free Fire OB27 update that you need to know.

Free Fire OB26 update appeared on servers in early February. With many new additions that the OB26 update brings, players are looking forward to the same things with the next update, Free Fire OB27 and this latest Free Fire update is officially released on April 14, introducing many changes and features from the game balance, new characters, new guns to changing the interface to give players a new and more engaging experience. 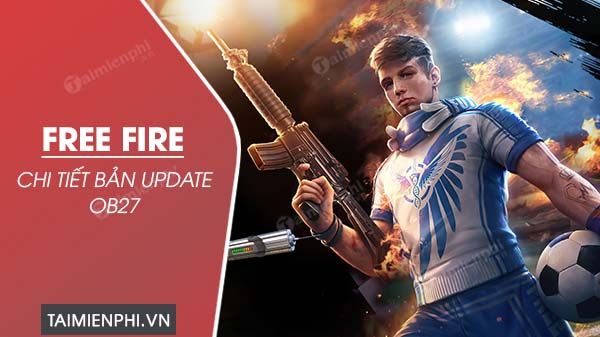 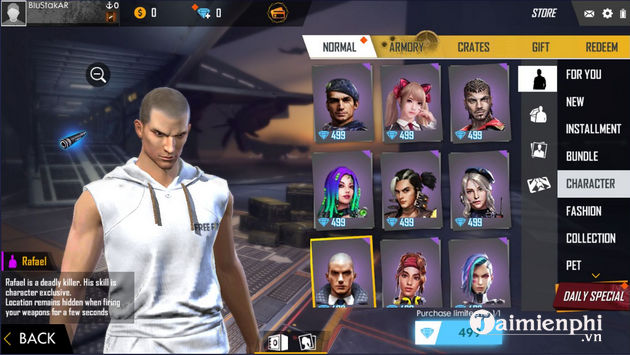 The content of the update Free Fire OB27 Cuong Hoa 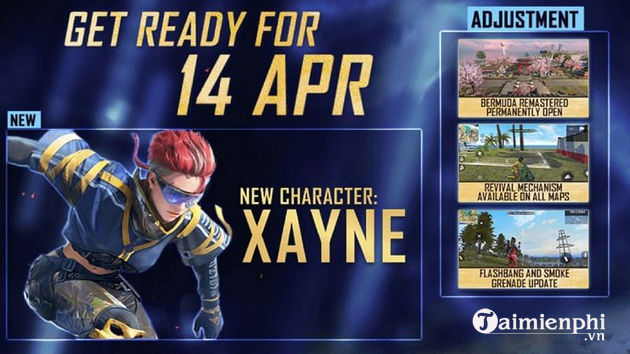 The character has an active skill called Xtreme Encounter, giving the player 100 HP at the highest level and 80% increased damage to the glue wall and shield. This skill has a cooldown of 100 seconds.

Note: The above outlined skill is from the OB27 test server and is subject to slight variation on actual release.

2. New gun – Kord
Previous Free Fire updates brought in new weapons, and this time around too. The Free Fire OB27 update introduces the new Kord gun. The unique aspect of this gun is that the user gains extra power and the ability to fire when it is used in a prone or bent position. 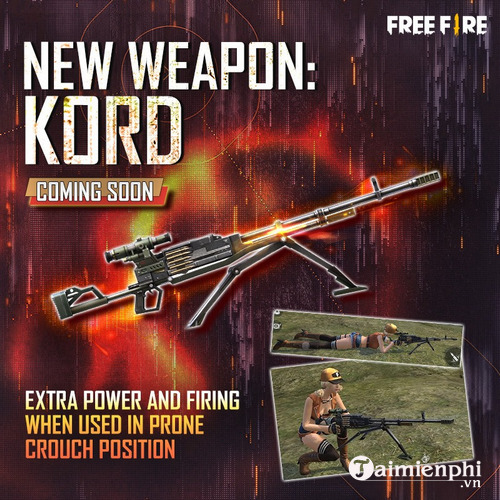 3. Awakening skills are fused and the system improved to character level
Awakening skills will be combined with common skills. This will make awakened characters a viable option for players. 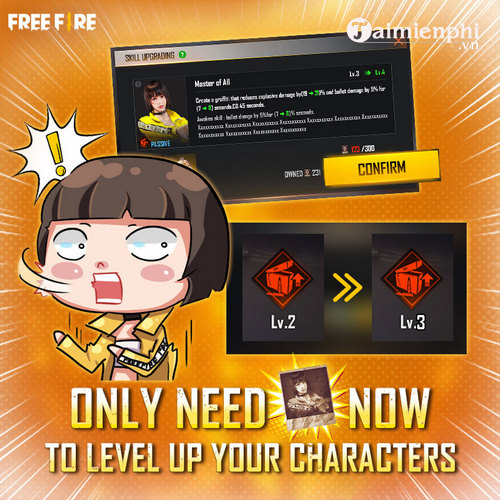 Besides, the character leveling system has also been overhauled. Players won’t need money to level up anymore and having memory shards should be enough.

4. Change character UI and skill balance
The entire character UI will be remade with the Free Fire OB27 update, making it easier for players to switch between skills and characters. The loadout will receive a new change, allowing players to change skill sets from the lobby. 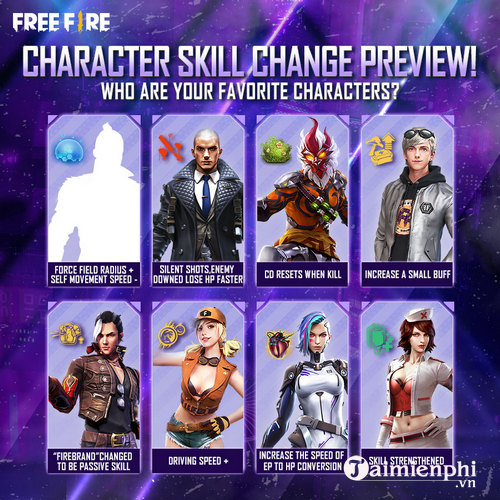 – Wukong: Cooldown will be set when the enemy is destroyed.

5. Store Clash Squad
Clash Squad store will be updated, offering a large number of weapons. Players will be able to choose different guns from the store.

Read more:  The fastest way to increase Might in Lords Mobile 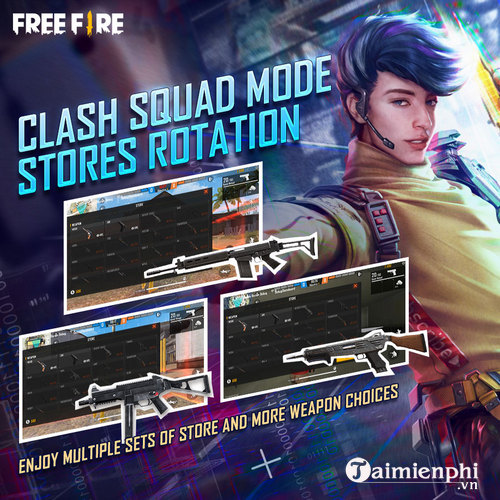 7. Revival mechanism
Revive will be applied on the maps. It will allow the player to bring their teammates back into battle.

8. Optimization of grenades
Smoke grenade throwing distance and smoke release speed will be increased. At the same time, Flashbang grenades will become easier to use.

Test server Free Fire Advance Server is a place where eligible players can test new game features before they launch with the official update. Register to play Free Fire OB27 will start 3 weeks before the official release date. Players will need to register with an account Facebook to take part in the test.

These are only early predictions about the Free Fire OB27 update. Taimienphi.vn will update the latest information when leaks appear in the future to give you a better view of this update.

Read more:  How to play games without lag, smooth on low configuration devices

https://thuthuat.taimienphi.vn/chi-tiet-ban-update-free-fire-ob27-62453n.aspx
Also you can refer to the reward list of Free Fire season 35 infinity card here for the latest information.