If you want to win more of these Strategy or action game then need adhere to certain rules, at the same time avoid making some basic mistakes. In the section below, let’s take a look at the common mistakes and mistakes that EmergenceInGame Free Fire player often acquired. 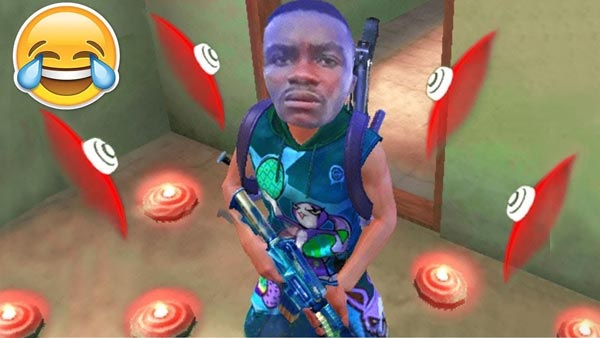 In those FPS shooter in general and in detail in this article Garena Free Fire Then the observation and grasping of the opponent’s information is very important. More and more necessary for these survival shooter FPS game kind of like Pubg or Free FireBesides, then Free Fire There is no mechanism to show the footsteps of the enemy if you are around or have moved over that position, so if you shoot Free Fire without using a Headphone is different from “Blind then still deaf”.

Another unique point Free Fire game is in mortal shooting game This is the bullet to be fired fly in a straight line and continuously, there is no stopping nor falling (sounds “fictitious nonsense”). So if you do not take the trouble to move, it is likely that you will eat 1 stray bullet at any time.

3. Shoot and discharge, do not check the amount of bullets:

It sounds redundant, but this is the decisive factor to help you win in the last rounds of the match. Imagine when suddenly faced with an enemy that there were only a few bullets in the magazine, but there were hundreds of bullets in the backpack.

4. Run the rush and don’t check around:

The loot in these Battle Royale game is extremely important, and of course Free Fire is no exception. But don’t let this pick up become your weakness, because many other faster shooters are waiting for the prey to loot to shoot down. So we must always check the surroundings, look for the map, the bushes, the buildings … and remember: “Care is never redundant!”

5. Just hop on the car and drive at max speed:

In the first rounds, finding a car is very great, it will help you move a lot faster. However, to the next round, it is the deadly point when accidentally revealing your position, and often the gunmen left in the last round are all players!