Fortnite Chapter 2 Season 5 has brought a lot of changes to this hit BR game. Not only the map has a new design but new abilities and outfits are also added to the game. One of the most prominent additions in Fortnite Season 5 is Crystals. The problem is what are Crystals in Fortnite? How to use it?

The move from Chapter 2 Season 4 to Season 5 has brought a series of changes in Fortnite. Everything from new map features, to game content, mechanics, and more has been added to the game. Some of it is purely for aesthetic purposes, but there are others that have a significant impact on how you play the game. One of those changes is how to use Crystals in Season 5. In the following article, Taimienphi.vn will share with you all the information you need to know about this type of item. 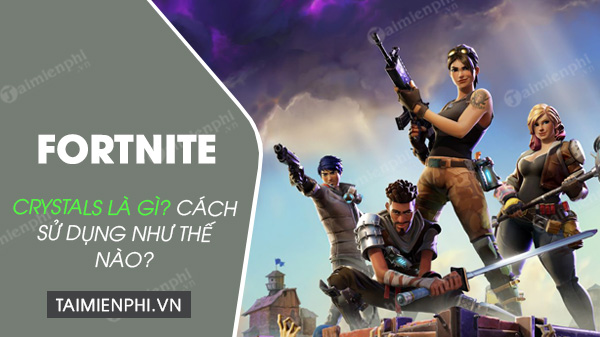 What are Crystals in Fortnite? How to use it?

Information about Crystals in Fortnite

1. What are ZeroPoint Crystals?

In Season 4, Galactus changed the map landscape. Now, instead of a lush green heartland, we have a land ravaged by Marvel God. And one of the biggest changes of Fortnite Season 5 is the crystallized sand area also known as Zero Point, where players can hide, harvest or destroy purple Crystal blocks. 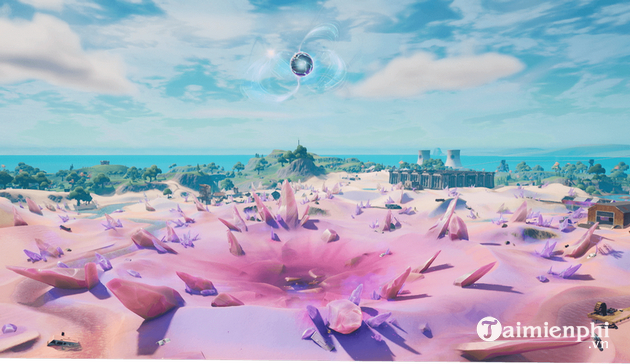 But not many people seem to be aware of the power of this crystal. Hardly anyone talks about it when, in fact, it’s one of Fortnite’s most useful items to collect, intended to change the nature of battle. If you see purple crystals, collect them as they are not just for show.

Read more:  How to get Black Rose Rocker Free Fire for free

2. What is Crystal-Dash? How to use Crystals

Crystal-dash can be roughly understood as teleporting or dashing a short distance using Crystal. Specifically, using Crystal will allow the player to dash a short distance in the direction of movement by pressing jump twice. This dash is so fast that it becomes a method of teleportation, albeit for a short distance. Then it also opens up game-changing possibilities that we’ll look at shortly.

Once using the Crystal, your character will emit a purple aura. When this happens, you can dash in whatever direction you’re moving. In the absence of movement, you will rush in the direction you are looking at. That means you can not only teleport left, right and forward, but also upwards. This Crystal teleport is so fast that you can get in and out of structures still under construction to chase targets or run away from them in a flash. 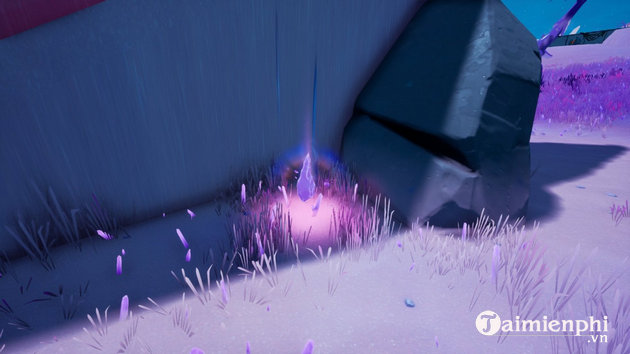 Crystal teleport is activated no more than 30 seconds after you cast Crystal. This is quite a long time if you are looking to move quickly in battle. So it’s not technically a limitation but it helps players speed up their game.

Another limitation is the fact that the player will not be able to go through walls or fortified structures. This seems fair since it’s basically just dashing and not teleporting like Night Crawler – a mutant who seems to be able to go anywhere he wants. That means if your enemy is building a wall, you can either use Crystal-dash inside to grab the target or outside to run away (depending on what you want to do) before completed wall.

4. How to harvest Crystals?

You already know where Crystals are found around the center of the map, but they are also found in other areas of the map, so you don’t have to go to the center every time you run out of crystals. this. The size of the Crystal is also important. Larger Crystals cannot be used to make dashes. You need to harvest smaller pellets from large blocks. And like other resources, they are also destructible. This means that if you don’t want your enemies to harvest Crystals and teleport, you can destroy the crystals and remove that ability from your opponent’s hand.

5. How to use ZeroPoint Crystals most effectively

So how does Crystals affect the game? If you asked, it’s one of the coolest items in Fortnite. In previous seasons, Fortnite has struggled to find a balance between shooting and building, with most players exploiting the latter much more profitable than the former.

While building alone doesn’t give XP and kills in battle, a skilled builder can always control the enemy’s movements and knock them out from a corner without risk. Season 4, of course, tried to add a way to “counter” the power of building by allowing players to destroy constructions with Superpowers. But this means players will now have to go through protracted battles and a shifting balance. 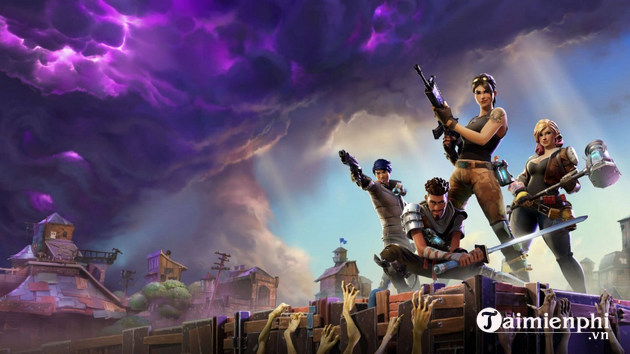 Crystal-dash seems to be a better way to deal with this. The ability to move quickly gives you the flexibility to run away when the sublime builders are trying to push you to your death, or allows you to move towards the target when they are defending themselves inside the buildings. defense program.

Read more:  How to join the event Who is that person in Free Fire

This is not to say that construction-oriented people will be disadvantaged. It will only ensure that the skilled builder won’t have the upper hand anymore, and the shooting and building aspects will be on par.

The use of Crystal-dash is quite obvious. When you don’t have the materials or time to defend yourself while being shot at in the open, use Crystal and teleport to safety for 30 seconds. This method of teleporting is also useful when you are in an offensive position. If you think the enemy is running away, rush in and capture the target.

To know how to teleport in Fortnite Season 5 you can refer to the instructions here and follow along.

See also: How to teleport in Fortnite Season 5.

https://thuthuat.taimienphi.vn/crystals-trong-fortnite-la-gi-cach-su-dung-nhu-the-nao-61891n.aspx
So, here’s everything you need to know about Crystals and how to teleport with Crystals. Once you understand what Crystal is and how to use it, you will see its usefulness in Fortnite battles.

what is crystal in fortnite

Source link: What are Crystals in Fortnite? How to use it ?
– https://emergenceingames.com/