Monster Games teamed up with Tony Stewart, a three-time NASCAR racing champion, to launch the title racing game new name Tony Stewarts All American Racing and now the game has been released on Xbox One.

Former NASCAR champion Tony Stewart is back with another racing series and this time Tony Stewart’s All-American Racing. The latest racing game from Monster Games in partnership with Tony Stewart is officially available on Xbox One.

See also: List of offline racing games for the most multiplayer PC

Let experienced players have a great time with the game and get into the challenge right away, while casual, less experienced players don’t feel scared or frustrated with something too difficult for control, the developer has tweaked the real physics in his latest game. Specifically the way the cars slide through turns and turns. Certainly, different settings will solve that problem, but this time the player will feel more in the process of controlling his car to conquer the bends and turns.

In addition, compared to the previous Tony Stewart’s Sprint Car Racing game, Tony Stewart’s All-American Racing will add a number of new vehicles including Big Block Modifieds, Street Stocks and US Legend Cars. Each car possesses a different style and has its own personality on the track, providing a unique driving feeling, like no other. The difference in horsepower, weight varies dramatically, and it’s just the style with which you drive them to compete with your rivals. The developer has spent a lot of time balancing the AI ​​and making sure that you can also feel their “personality”. 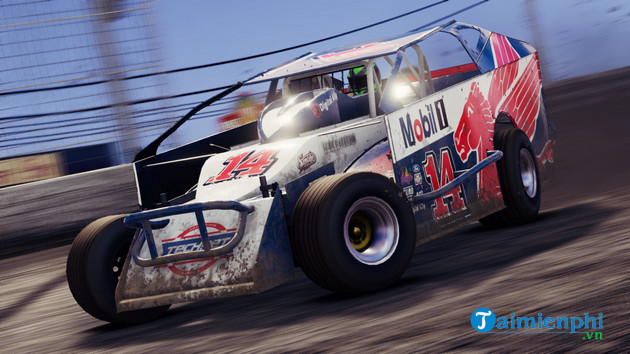 Another big change is the way Career Mode works. In the past, in racing games from Monster Games, you had a more “linear” experience where you would climb up the ladder in your career. But, with Tony Stewart’s All-American Racing, that no longer applies. You can choose how you want to compete and what you want to do in the first place. You can even hire a driver to race for you, and the new management function makes managing your expenses even more efficient by hiring department managers and marketing executives. There’s even the possibility of adding new races or tournaments to your career-building journey.

Tony Stewart’s All-American Racing builds on new physics, including 26 new tracks and racing vehicles, an improved career mode, 25-player online racing, and a championship mode upgraded, all giving players the chance to build their own racing empire. The game is out now on Xbox One for $29.99.

Link to buy the copyright of Tony Stewart’s All-American Racing game on Windows and Xbox one:

Tony Stewart’s All-American Racing is now on Xbox One