Today, in this article, you and Taimienphi let’s learn about the M14 semi-automatic sniper rifle in Free Fire. We’ll look at the stats, strengths, and weaknesses and figure out how to use the M14 gun in Free Fire the most effective as well as the best skin for it.

Free Fire Garena’s battle royale game was first released on mobile in 2017, it is one of the world’s most popular strategy shooters with over 100 million daily active users, as of October 2020. In addition to the character system and diverse skins, Free Fire also has a really large weapon collection ranging from melee weapons, pistols to heavy machine guns. Things to know about the M14 gun in Free Fire

Information about the M14 gun in Free Fire The M14 can be used in any fight from short or long range, but it is most effective in mid to long range battles. Unlike sniper rifles like the Kar98 or the AWM, you cannot shoot a Headshot at an enemy head.

Reference: How to set the sensitivity of Auto Headshot in Free Fire 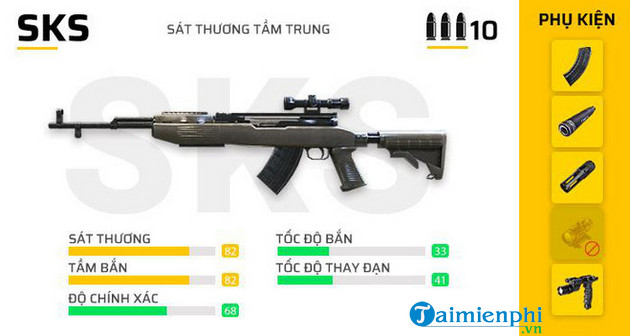 However, you can fire multiple bullets quickly without having to stop for the M14 gun in Free Fire. This is really useful when the enemy is running because it is very difficult for a Kar98 or AWM to kill the enemy in this case.

Read more:  Top 3 PUBG Mobile titles that are hard to get

Tips on using the M14 gun in Free Fire

Here, Taimienphi will give some useful tips for you to use the M14 gun in Free Fire more effectively, specifically as follows:

Since the M14 only works well in mid to long-range battles, you need to combine it with another close-range weapon. The best choice here would be either the M1887 shotgun or the SMG MP40. Both are the best options for close-range combat. You can also use AR like SCAR or XM8.

– When you are sniper, one of the most important factors is your position. You want to be in a high position where the enemy is hard to reach. By using the Launchpad move around Bermuda and the Grappling Hook in Kalahari, you will be able to go to the unexpected places to snipe the person below.

– If you spot an enemy standing still, aim carefully and take them down before they know it and run to cover, it is best to shoot in the head.

The most useful characters for a Sniper are Laura and Moco. Laura will increase your accuracy by a significant amount, while Moco allows you to track an enemy’s location after the first marked shot from the bullet.

M14 gun skin in the most powerful Free Fire

1. Skin M14 Lively Beast
The M14 Lively Beast skin makes up for the weak points of M14 by increasing the Rate of Fire so you can finish off enemies faster. The magazine size of the weapon would be slightly reduced due to the balance, but that hardly matters.

Read more:  Everything you need to know about League of Wild Rift season 1 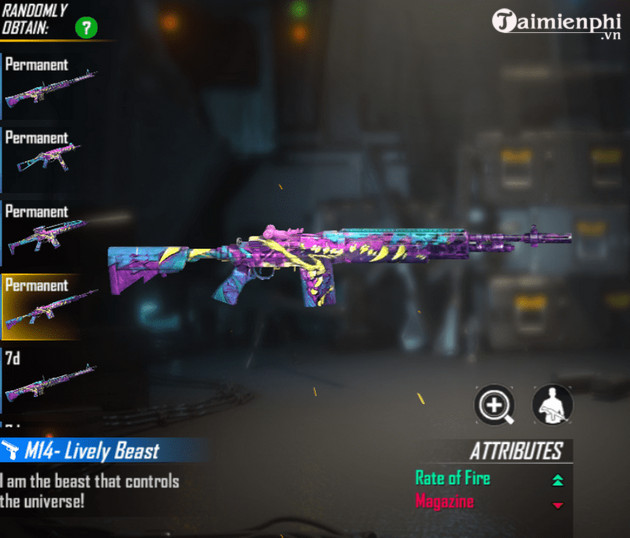 2. Skin M14 Winterlands Skin
The M14 Winterlands skin also gives M14 the same skin as the M14 Lively Beast skin, but instead reduces the weapon’s Accuracy. This is not a problem either as you will be using a large scopes with this weapon. 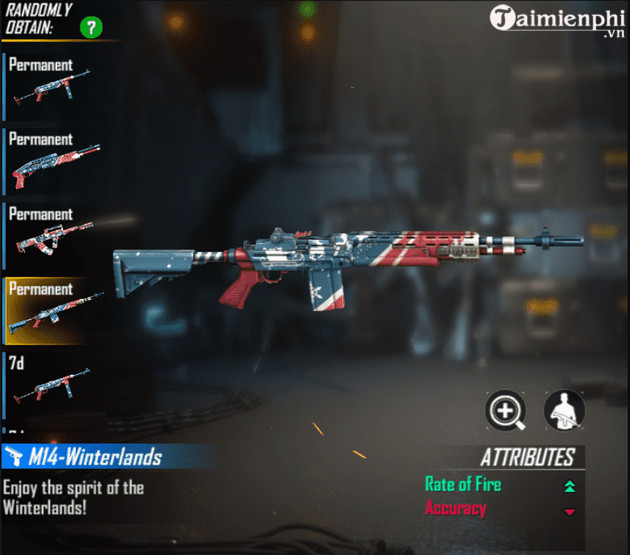 3. Skin M14 Skyline Horizon Skin
The M14 Skyline Horizon skin doubles weapon damage, allowing you to finish off targets with less bullets. This is definitely a great buff, but I still want more Fire Rate on this weapon. Again, reducing the accuracy of this skin is no problem. 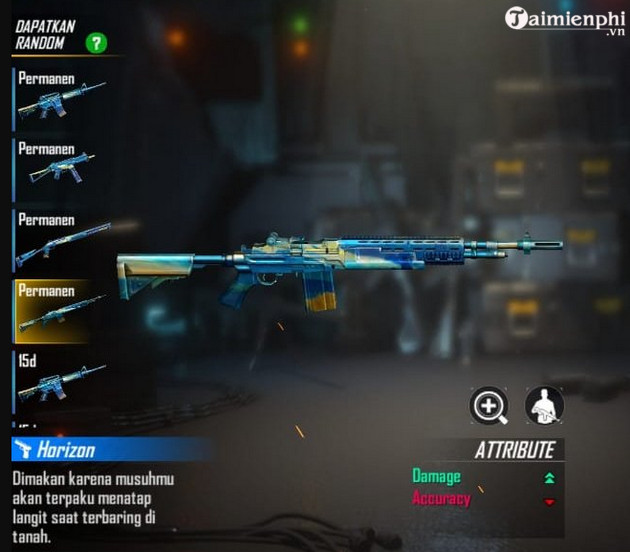 https://thuthuat.taimienphi.vn/meo-su-dung-sung-m14-trong-free-fire-61240n.aspx
Above is everything you need to know about the M14 gun in Free Fire, its usage and the best skin. If you also regularly use the AK is no different from the M14, please refer to how to control its recoil.

Reference: How to control AK recoil in Free Fire

Tips on using the M14 gun in Free Fire