Updates PUBG Mobile 1.2 introduced a brand new game mode. It’s not the Extreme Hunt as suggested earlier, but the Runic Power mode, which converts the standard Battle Royale running and shooting formula that PUBG pioneered, into a fight in the presence of magical powers. virtual, creating many surprises during the experience. 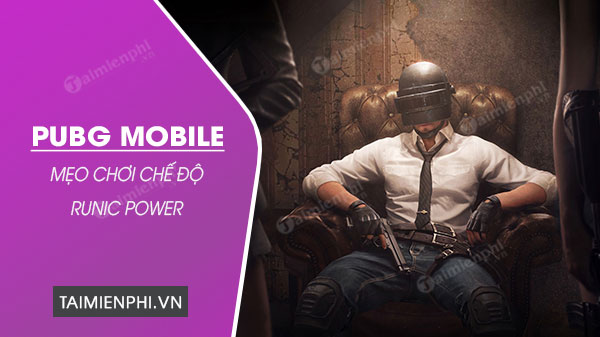 How to play Runic Power mode in PUBG Mobile

Activation skills can bring unpredictable chaos to an already very busy battlefield, and that’s exactly what the Runic Power mode wants. The new mode takes place exclusively on the Erangel map from date January 12 to March 7 And here is all the new Runic Power mode gameplay and tips in PUBG Mobile that you need to know.

1. How to play Runic Power mode in PUBG Mobile 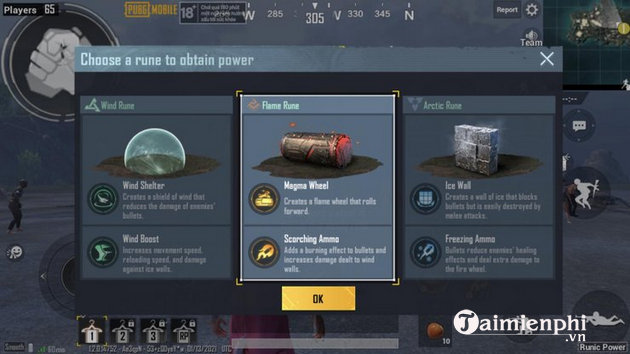 The new Runic Power mode is available on Erangel maps. When you land on the island, you will choose 1 of 3 gems: Wind Rune, Magma Rune and Arctic Rune. Each gem grants you 2 different skills or powers and you will need runes crystals to use them. These skills add a whole new gameplay element to the game as they can reduce damage taken, increase reload speed, or buff sprint abilities. You will not be able to change your original selection after the game has started. Therefore, think and choose wisely.

Read more:  5 things new GTA Online players should do when getting started 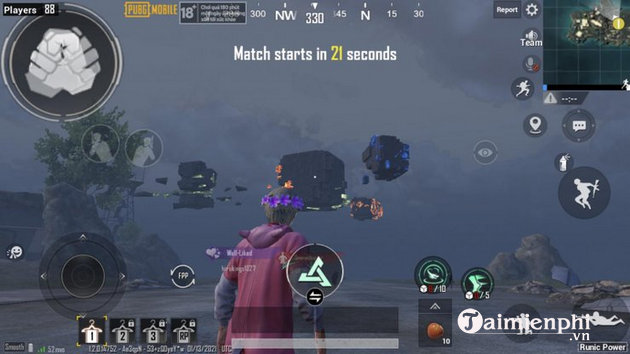 When you’re on the battlefield, always be ready and alert. You will have 100 runes crystals for power to use, including 50 crystals for attack power and 50 crystals for defense power. Each time you use a power, you have to cast out 5 to 10 rune crystals. Don’t worry as there are a lot of rune crystals to loot on the map. Therefore, do not save as you can freely collect crystals without any limitations.

The rune crystals can be used for any strength based on the game strategy and the team’s role. To win in Runic Rune, you need to stick to your strategy and use these powers wisely. So which gem is the best?

3. How to choose gems in PUBG Mobile Runic Power mode

The question arises here which is the best gem to choose from before entering the war in Runic Power mode? As mentioned above, each gem gives you 2 skills or 2 different powers. You need to learn carefully about each gem before making a decision. 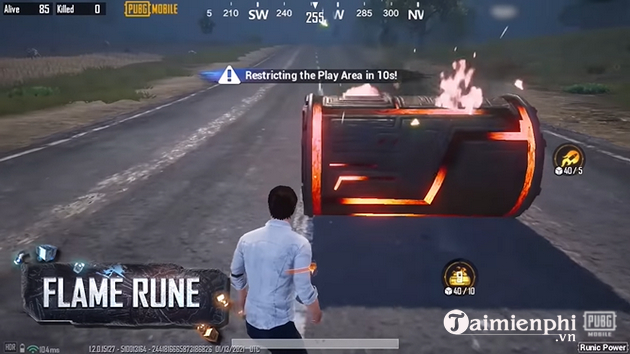 – Summon: Slowly roll a train wheel forward to crush and burn enemies as they come into contact.
– Boost: Deals damage over time by adding a fire effect to bullets.

The ability to deal huge damage from both the wheel of the train and the bullet burned. It is going to be the number 1 choice for many players because the more damage you do, the easier it is to take down the enemy. Everyone wanted to do as much damage as possible and Flame Rune did that. As for fire bullets, the burn can work with any gun: AR, SMG or sniper rifle. – Summon: Create a wall of ice consisting of many blocks of ice, lifting anything above it. Ice blocks can be destroyed.
– Boost: Added a freeze effect to bullets, reducing the healing of enemies hit by bullets.

The idea of ​​creating ice walls for cover sounds like a defensive tactic, but it can also be used for aggressive battles. Sure, you can use it as a simple shield, but by placing the wall at your feet you can instantly be raised and from there, you can look over the fence, or even climb. onto the terrace. Uses are many. Kill a battle on a wall and your item box will become hard to reach, which could mean your killer will linger long enough for your team to perform the act of revenge. For ice bullets, slowing down is definitely good, but reducing your opponent’s heal means your team will have an advantage in teamfights. 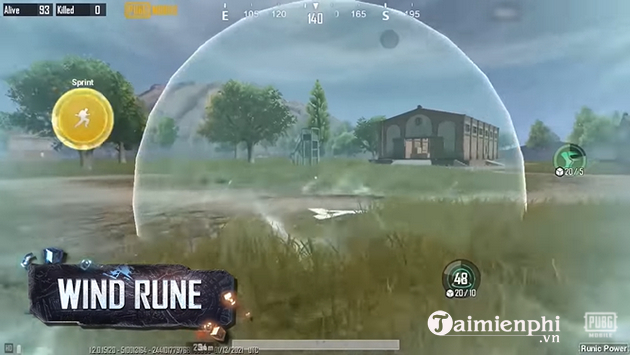 Its main skill summons a semi-transparent wind wall that reduces damage caused by bullets. Physically this could happen by slowing the bullet’s flight speed, but since there’s no evidence that the bullet’s travel time is affected, don’t think you’ll have to pull the trigger. early to take the shot. As for the boost skill, it increases the running and reload speed, which will give an advantage to aggressive players.

Read more:  Detailed list of weapons in the game Valorant

Link to download PUBG Mobile for Android and iOS:

Above is everything you need to know about the new Runic Power mode in PUBG Mobile. Runic Power is a limited time mode, so don’t miss the chance to experience gameplay featuring unique power elements in this engaging mode.

https://thuthuat.taimienphi.vn/meo-choi-che-do-power-runic-moi-trong-pubg-mobile-62185n.aspx
Also, if you do not know anything about the new Runic Power mode in PUBG Mobile, you can directly refer to the article below.

How to play cover by new runic power in pubg mobile