Although has been out for a while, but title Strategy game The Truth Arena There are still quite a lot of things for new players, or those who do not have much time to learn. In the article below, EmergenceInGame will detail the basic errors that newbies will make and how to fix them.

1. Improper use of gold:

This is also one reason why there are many players who play many, many ranked matches without ever leaving low ranks. As we all know then The Arena of Truth Also has the same mechanism as these Auto Battle game Another about adding coins after each round, that is Gold Interest literal understanding is to help you receive an additional 10% of the amount of gold interest after each round based match amount of coins you are.

For example: players are possessing 20 cents then the interest is 2 cents, maximum is 50 The corresponding coin profit is 5 cents. In addition, the amount of coins earned if they maintain a winning or losing streak is also quite significant.

So, if you buy champions arbitrarily and roll too many times, or simply hold on to get a lot of profit, you are too wrong. This directly affects the strength of the squad, and defeat is natural.

The few times when you need to spend all your money, that’s the early game. Because this is a period of time when there is still little money, you should use the money to level up or upgrade the 1 gold hero to keep the rank.

Read more:  How to use supportive items when activating Chain of Points in Call Of Duty Mobile VN Why is there maintaining the losing streak? Because players will have many opportunities to get “delicious” items in the shopping circle. Just apply the same in the Stone Man, Bird Park or Wolf rings to take advantage of the loot. 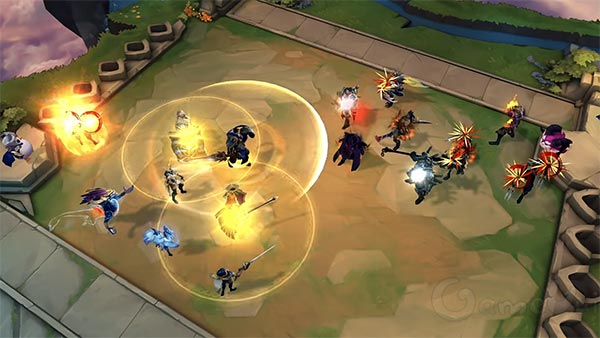 Owning and building a team like “Dream Team” is always a player’s dream, but not every game is like that. In strategy games that always changes depending on the circumstances and many factors, especially after small updates or major versions, of course there will be heroes increase or decrease the power and adjust. , change different Tribes.

For example, if you love the lineup of Dark Star, you don’t always have to stick to that lineup if you want to climb the rank. 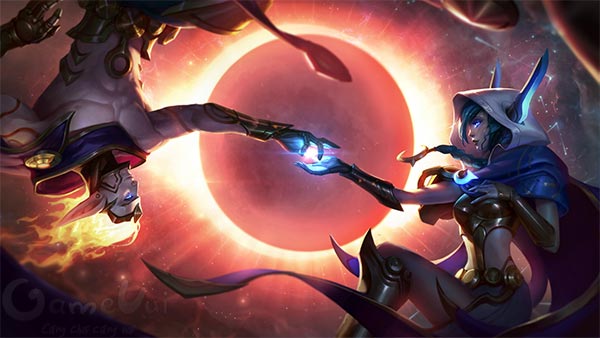 The hero rotation helps players refresh the champions in the queue and have a chance to find high quality pieces that are suitable for the team. Should take advantage of the generals costing 3 or less gold to gain advantage at the beginning to the middle of the game, or luckily, players can completely build teams. 3-star inlaid gold 4 – 5 gold generals before the opponent.

Once again, the element of luck plays a decisive role in tactical battles in the Arena of Truth. Most of the time, players will not receive champions that are not suitable for the Clan’s build, not to mention missing too many 2-star champions that are not used, this is a loss of gold that cannot be recovered.

Besides, they are stuck in that there is no room for champions in the lineup, but selling it out would not be able to. All of that will directly affect the squad parameters you are building and brainstorming.

Items in the early, mid, and late game rounds will also differ a lot if you equip them with the right champion. Because in the first 3 rounds, Demons, Wolves, and Rocks have a good drop rate, and if you are eager to join the champion, then at the end of the game, you can only sell those champions and still cannot. get things back.

As for the complete equipment, it should not be like that, because you can not be separated on the hero, corresponding to you will lose 1 “quality” item. And it will only be a matter of time before you lose the match. 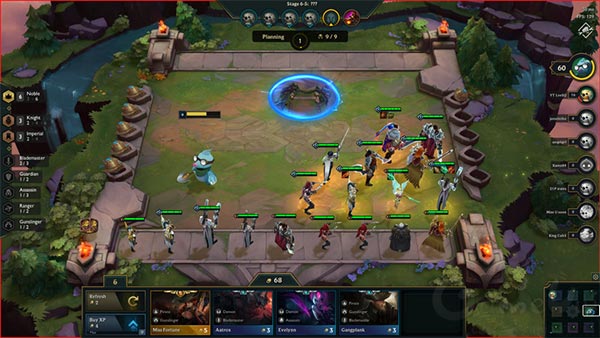 This error is still made by many players, even those who have played a lot and have experience. Based on the opponent’s formation, we should be more flexible in arranging the formation position for the pieces.

Typically, when facing Blitzcrank on the other side of the board, if you put a staple like Miss Fortune or Draven in the left or right corner of the team, of course you will be dragged by Blitzcrank and the tragedy “hit the board” will act. out quickly.

Most beginners often think that tank champions will be first and the main damage at the corner. The amount of damage carried by carry champions increases the range and effectiveness of the move, but it’s important to put that champion in a proper place where the hero can last long enough to strike. , then it will be effective.

Source link: Some of the basic mistakes beginners of the Arena of Truth to avoid if you want to climb better