Have you ever wondered what the buttons on the PS4 controller mean, or is it just one way Sony put a great deal on the Dualshock 4 to help gamers differentiate between game features? With Nintendo it is ABXY and Microsoft’s Xbox is similar but changes in the color of the buttons. Fun face below will help Playstation fans understand more about the “square round triangle x” machine! 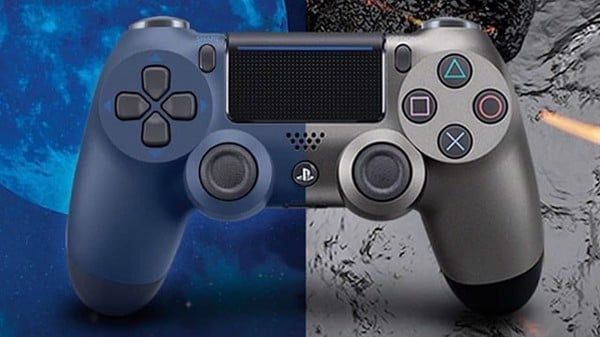 The meaning of the buttons on the PS4 controller ?⚫?❌

Scores icon on PS4 controller – From all Dualshock 1,2,3,4 series (Refer to the article “4 generations of Dualshock controllers” for more hardware details) We are familiar with almost every generation of Vietnamese gamers. PES stone people often call it by heart X: pass, Square: shot, triangle: stick slot, O kicking off but actually when the first Playstation was born, Sony’s direction was the series of role-playing games, adventure and action, but not hit hard on football games (which was not very popular at that time).

Therefore, the meanings of the buttons on the PS4 controller are explained as follows:

? Symbol of direction – Often used to change the perspective of characters in the game.

? Represents Paper – Usually used to open the game map (Role-playing games are the most common!).

⚫ and ❌ is the Japanese character for Yes and No

And finally, after many years of development, the 4-button function has also changed somewhat to suit each game.

One interesting thing is while in Japan ⚫ is to choose, in Europe, America or Vietnam we already have the habit of is to choose – Otherwise is Back (No). Sony also understands that for the PS versions sold in different countries this button setting will be different. This is even more hindering for gamers when the PS4 was born in the era “international” Many US, Japanese and European machines are sold in Vietnam. Even the PS4 game disc is enough in heaven and on earth.

Read more:  What's in Animal Crossing New Horizons for the last 2 months of the year?

Gamers confuse the buttons on the PS4 controller, the button ❌ is selected when ❌ is not selected. Thankfully, Sony continues to correct mistakes when it is not too wrong, the latest update of the company has helped to customize between ❌ and ⚫ in System Setting for users to set as they like.

How to adjust the PS4 controller

How to adjust the PS4 controller is quite easy because Sony’s latest firmware version has allowed users to tweak inside the Setting (Refer to page Playstation US).

On your PS4 go to Setting> Accessibility> Buttton Assignments> Enable Custom Button Assignments. Here a tutorial screen will appear so you can set up the buttons on the PS4 controller to your liking. 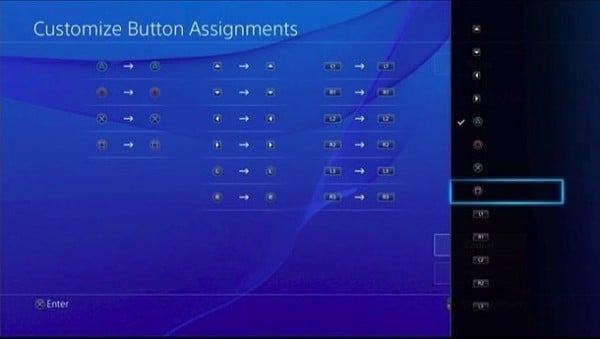 Hope this little article helps you to have more information about the Playstation system that you love. If you want to set up the buttons on the PS4 controller to better suit your habits, you can also base on the above article. However, note that some games will still be incorrectly wrong according to the settings in the device’s Settings, although the vast majority of games “Common” All have setup support. Wish you have more fun and love with Playstation!