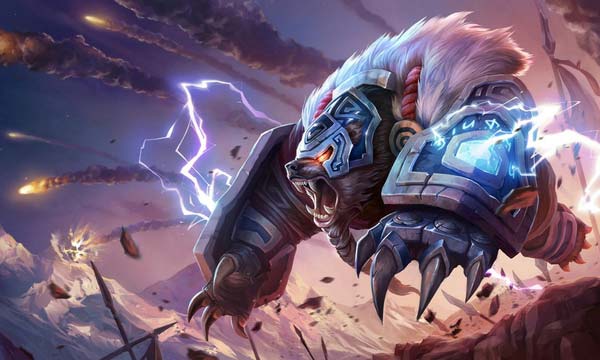 Is a god of Freljord, Volibear an omnipotent beast, both in legend and in game League of Legends. Coming from a tribe that aspires to fight, he never succumbed to every war. In the game, Volibear It could be an aggressive jungler in the front line or it could be a monster above top. In this tutorial, EmergenceInGame will show you everything you need to know to carry thunder god Volibear to the front line.

1. Overview of the skill set:

The attacks and skills of Volibear will gain bonus attack speed and the end of the attack will deal bonus magic damage to nearby targets.

Volibear will increase movement speed when moving towards the opponent, next attack Volibear will deal additional damage and stun the target.

Volibear travel on all fours and increase movement speed. His next basic attack knocks up a target and deals damage.

This is the skill used to escape or capture the main forces of Volibear. In general, if you intend to use this to rush into the enemy team, the choice of capturing a mage or ADC is your priority. It is also a skill that can cancel excess movements. The movement speed is increased with this ability so Volibear can use it as a good gank tool.

when the Volibear Damaging enemies will mark them and apply attack effects. Reusing this skill again on the marked target, Volibear will be healed and increased damage.

This skill is his main source of damage in League of Legends. Even if it is a tank, the damage is still quite large.

Volibear will summon one Lightning Storm At a target area, it damages and slows the target. Volibear will receive additional shields if standing in that area. Volibear roar, dealing magic damage to all nearby enemies and knocking them back, slowing them for three seconds.

Call the Storm – E is a pretty sizable ability. This is a good solo and gank tool thanks to the effects it gives. This is a good crowd-disperser skill Volibear with a slow down effect.

Turrets will be temporarily disabled in that area Volibear jump down.

3. How to play Volibear thunder bear:

Volibear shine brightest at this stage of the game. Difficult to kill, has high base damage, and can 1v1 be quite strong for all champions. Volibear clearing the jungle pretty quickly, and the thunder god’s ganks are extremely annoying because once ganked, it’s hard to return the entire life. This allows him Snowball easily and become a powerful team carry.

Volibear should go gank a lot. Volibear strong in organizing the main gank. You can also ice pillars with your ultimate and in team fights dragon cave. Let’s gank a lot and roll the enemy team well.

At the end of the match:

Volibear should focus on being the front line of our team. Thanks to the late afternoon, the fight is quite strong in addition move E will shatter the enemy team, not knowing how to manage it. At this stage of the game, you should build anti-tank items instead of damage items.

4. The suitable equipment of Volibear:

Equipment in the middle of the game:

Set of clothes for the Volibear Top Road

Equipment for Volibear to go to the jungle

5. Supporting board for Volibear jungler: 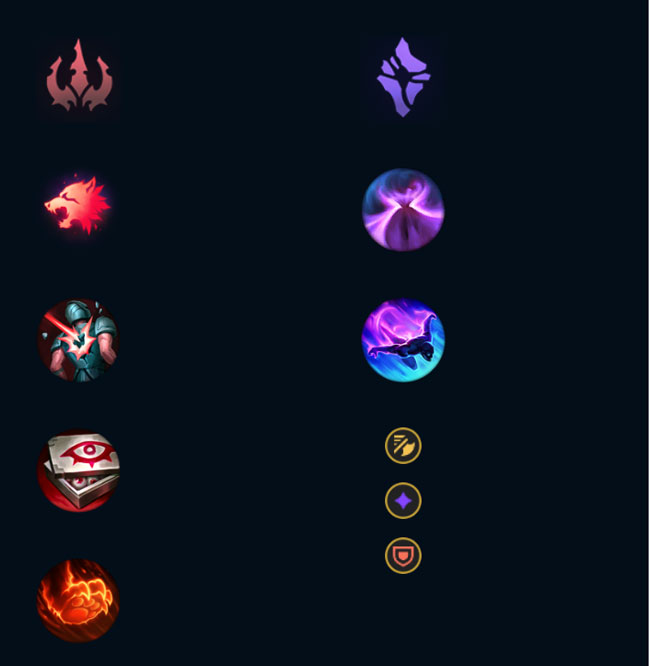 Volibear Very powerful and easy to play in League of Legends, especially in ranked duels. He is a powerful warrior, mighty, the predator in the game. Base damage is high from the beginning of the game With great power and ganking ability, along with passive skills will turn Volibear into a real hero in the early game. In later stages Volibear Take on the mission of being a powerful defensive tank in the front lines.

Fully capable of solo 1 vs 1But from the middle to the end of the game, you should organize ganks and teamfights a lot to make the most of this bear’s skill set.

Remember though Volibear very strong in League of Legends season 10, he still has weaknesses. In the early game without passive skills, obviously Volibear It is easy to die because he doesn’t have any teleportation skills. And generally speaking Volibear Is a safe jungle option.

Above is how to play Volibear season 10 – Battle spirit of the Freljord, a powerful jungler with the ability to summon thunder.

Source link: Instructions on how to play Volibear League of Legends season 10 – The battle spirit of the Freljord