Similar to CD Projekt Red’s previous titles, Cyberpunk 2077 there are multiple endings depending on your choices, relationships, and how you’ve interacted with Johnny Silverhand throughout the game, and overall, they’re pretty easy to unlock. However, there is a “secret ending” that can be overlooked and in this article, Taimienphi.vn will show you the correct way to unlock it.

Cyberpunk 2077 is an open world role-playing game with many different endings. Most endings are fairly easy to identify. You make a number of choices and they will determine how the story ends. However, there is a secret ending that has been discovered that is not too obvious, even if you have managed to complete the required requirements. If you want to unlock the secret ending in Cyberpunk 2077, follow the following guide carefully to achieve your goal. 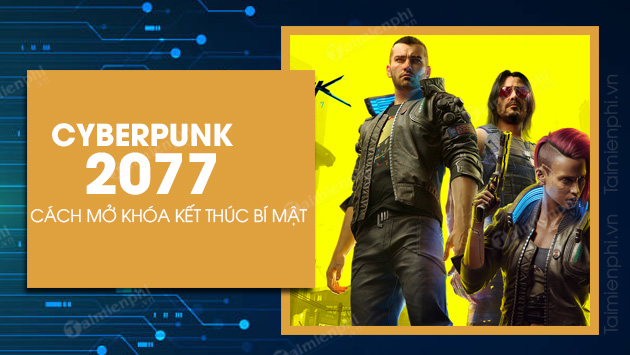 Instructions to unlock the secret ending in Cyberpunk 2077

How to unlock the secret ending in Cyberpunk 2077

Most endings in Cyberpunk 2077 are determined by some of the key decisions you make near the end of the game. Yes, your relationships with other characters also have an impact, but for the most part, the main ending just depends on how you play the final hours of the game. Unlike the rest, the real secret ending needs to be prepared before you reach the end of the game in a completely optional side quest. Just passing this side quest is not enough. You also have to make the right decisions while on duty and at critical times. Obviously, you need to do this step before starting the Nocturne Op55N1 quest as this will separate you from any side quests for the rest of the level. 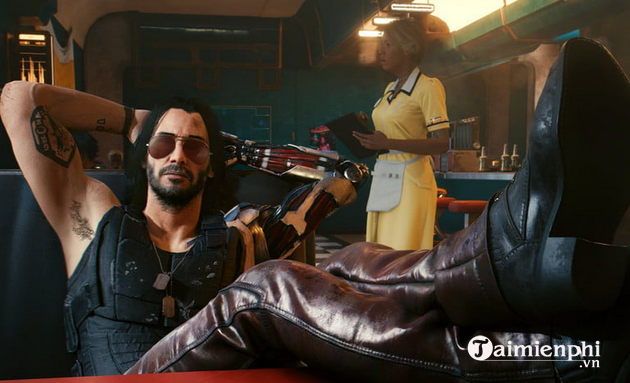 To get to the secret ending, you need to make some specific dialogue choices with Johnny in a quest called Chippin ‘In. In this mission you will go to an oil field with Johnny Silverhand and when you start talking to Johnny you need to choose your words very carefully.

– The first question Johnny asks you is what to write on his gravestone, you need to answer is “The guy who saved my life”.

– Then Johnny says he screwed up everything except his relationship with you, say: “No, you ****** that up too”.

– He will ask you for a second chance, you say “What do you want from me?”.

– Finally, after Johnny says you’re the only one who doesn’t hate him, at least until then, reply that “OK. But as second chances go, this is your last”.

– Johnny will admit he never thought their relationship would go this far. Answer by saying “When you said you let down your friends…”.

– After talking about Rogue, say “Smasher biz really got to her”.

– Next, Johnny will ask if he can use your body to date Rogue. You replied that “Yeah, I’ll call Rogue”. 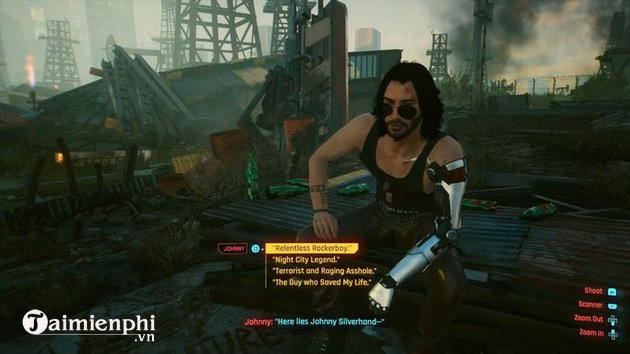 Then you will unlock the side quest called Blistering Love. Complete that quest and it opens up an important late game pick that you can’t access without it.

Blistering Love is a simple mission where you just have to pick up Rogue and take her to the movies. There’s no combat involved and your choices with Rogue won’t affect whether or not you unlock the secret ending, so go with the questline however you like. Next, you’ll come across a point of no return, so save everything if there are any side quests or other activities you’d like to return to after completing the game. Also, considering how difficult the final mission is, you’ll be glad you saved it all here to try again if things don’t go well.

In this mission you are standing on the rooftop with Johnny, you need to choose the option to accompany Rogue to the battle at Arasaka Tower. Johnny will then ask you if you’re in – don’t answer right away and wait a few minutes. Seeing you hesitate, Johnny will give you the option that the two of you will go to Arasaka Tower together. 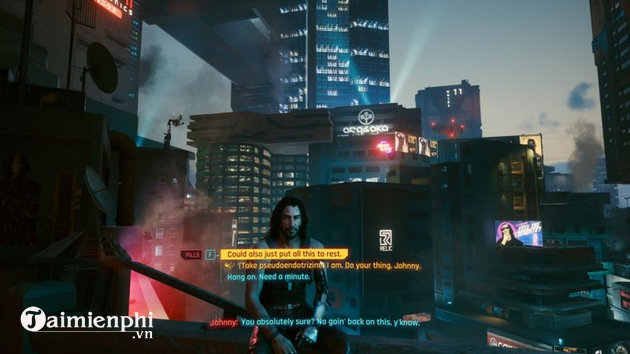 The final mission in Cyberpunk 2077 is Don’t Fear the Reaper. This is an important step forward. You’ll face the game’s toughest army of enemies with no support. If you die at any time during this mission, game over. You will have to download the previous save to try again. You should craft the highest level gear and complete as many side quests as you can to level up V and make yourself as powerful as possible. Finally, if you can get through this quest, the secret ending will unlock content that you can’t get any other way. You can refer to how to build the strongest Cyberpunk character to help you pass the Noctume Op55N1 mission. See detailed character build here.

See also: How to build the strongest Cyberpunk 2077 character.

https://thuthuat.taimienphi.vn/cach-mo-khoa-ket-thuc-bi-mat-trong-cyberpunk-2077-61888n.aspx
Cyberpunk 2077 has many different endings, so make sure you try all of the options if you want to uncover the process that leads to those endings, but this secret ending is the most challenging and the most epic.

How to get the most out of Cyberpunk 2077

Source link: How to unlock the secret ending in Cyberpunk 2077
– https://emergenceingames.com/