Lee Sin is a jungler who possesses a high mobility skill set, the ability to effectively clear the jungle, and good ganking in Wild Rift Alliance. Basically, Lee Sin is already a powerful Jungle Assassin, but with the right equipment, runes, and summoner spells, Lee Sin becomes even more terrifying when he maximizes his potential.

Lee Sin is a general Gladiator-Assassin Amazing jungle in Wild Rift Alliance. Only recently added to the game, but Lee Sin has received a lot of love from many League of Wild Rift players, no less than in League of Legends. The Blind Monk is considered to have a complex mechanism, and players must definitely practice to grasp this master. How to build Lee Sin in Wild Rift League Liên

They can then take full advantage of Lee Sin’s abilities by building Lee Sin in Wild Rift with the right rune, spells, equipment, and gameplay tips.

I – How to Itemize General Lee Sin in Wild Rift League

1. Black Cleaver – Black Ax
For the first item for Lee Sin, you can choose Black Cleaver to get maximum HP, increase AD, and decrease cooldown. This is extremely helpful for the Blind Monk. In addition, Black Ax has a Passive that allows him to reduce enemy armor by 24% for 6s.

2. Mercurys Treads – Mercury Shoes
Mercury’s Treads is probably the best choice for Lee Sin as it adds magic resistance and reduces the CC received to Lee Sin by 30%. 6. Guardian Angel – Angel Armor
For the final item, Guardian Angel seems like the obvious choice. This item is suitable for any champion as it respawns when you die while providing extra AD and armor. 1. Super Gem: Electrocute – Electric Shock
As a champion who needs to finish off enemies quickly, Lee Sin will benefit from the keystone gem Electrocute as it grants 30-140 extra points (based on level), 40% AD, and 25% AP. With the Shock gem, Lee Sin can obliterate a target in an instant.

2. Overwhelming Gem: Triumph – Dac Thang
For the Domination gem, Lee Sin can make good use of the Triumph gem to recover 10% of his lost HP and increase damage by 3% to enemies with less than 35% HP.

3. Healing Gem: Backbone – Bone Armor
Next, you can choose Backbone as the Resolve gem for Lee Sin to help him withstand better early game. Backbone grants Lee Sin 10 armor or 10 magic resistance, based on the lower stat.

4. Gem of Inspiration: Mastermind – Mastermind
Mastermind is a great choice for junglers like Lee Sin because it grants 10% more real damage to turrets and monsters. In addition, Lee Sin will also receive 100 more gold and 500 XP when defeating those targets.

Read more:  What is Ping Free Fire? How to view and fix 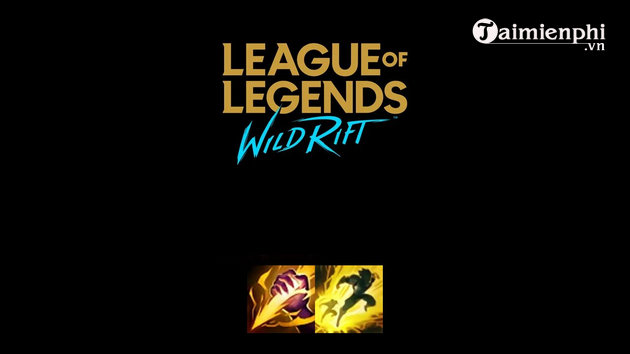 1. Smite – Punishment
As a jungler, Lee Sin needs to have Smite to get 20% more XP from jungle monsters.

2. Flash – Flash
Flash is a spell that benefits any champion. It allows you to effectively chase enemies or escape from them. Flash can also be combined with Lee Sin’s skills so that he can re-target with his kicks. – Bodyguard: Rush to the destination. If an opponent is nearby upon arrival, Lee Sin defends himself against 80 (80 + 100% AP) for 2 seconds. Allows you to cast a Steadfast attack for 3 seconds. Protector’s cooldown is reduced by 1 second with each attack.

– After Chan: Reduces movement speed of enemies hit by Earthquake by 30%, decaying over 4 seconds. Lee Sin has a rather complicated combo because it requires you to time and position it correctly to get the best results:
Sonic Wave (1) >Sonic Wave (1) >Tempest (3) >Safeguard (2) go behind target > Dragon’s Rage (Ultimate). – Start ganking after having both blue buff (Blue Buff) and red buff (Red Buff) because Lee Sin is quite strong early game.

– Be extra cautious when using the ultimate as it can benefit the enemy.

– Always cast 1 to gradually destroy your targets. If possible, get close to the target using skill 1 again and finish them off with a combo.

https://thuthuat.taimienphi.vn/cach-build-tuong-lee-sin-trong-lien-minh-toc-chien-61765n.aspx
The above article has shown you how to build Lee Sin most effectively in Wild Rift League. However, it should be repeated that Lee Sin is a rather difficult champion to play, so you need to invest time in practicing using this champion, to get used to and easily grasp the character’s moves.

how to build a lee sin in a Wild Rift alliance