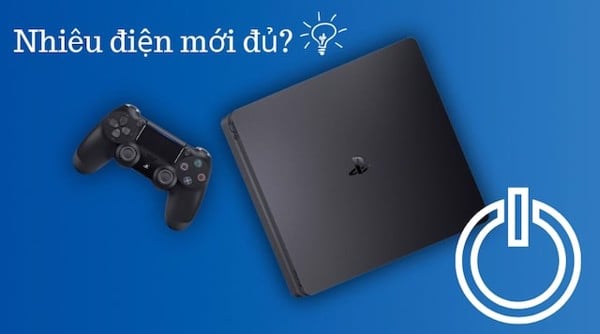 Currently, Sony only sells two models, the PS4 Slim and the PS4 Pro, so you cannot buy a new PS4 Fat 100%. So the PS4 Fat machine is compared in this article just to help you see the difference in the power consumption of the two latest current generations.

Talking about the power consumption of the three PS4 models, we will easily see through the announced specifications of Sony:

Through the above specifications we see that the PS4 Slim is a significant improvement of Sony in the manufacturing process: Not only can the company shrink the size of the components but also fine-tune the power used in the machine: Reduce 51% of maximum power required. This is of great significance because the higher the power consumption means the more heat, hotter, and reduced life of electronic components.

Just talking about the level of power consumption, it can be understood simply that 1 hour of playing the PS4 Fat will cost twice as much power as the PS4 Slim. What about PS4 Pro? According to the specifications above, the PS4 Pro requires 25% more power than the PS4 Fat equivalent. So is the PS4 Pro “bad” more than two lifetimes left? The answer is absolutely not. Because the machine configuring the Pro machine to handle 4K graphics requires very high requirements, so it requires a large amount of power. 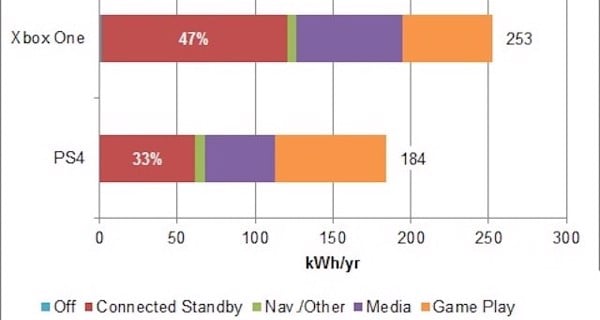 If comparing the PC running games at 2K – 4K resolution normal configuration requires 500W or more power, sometimes up to 800-1000W is normal. So you do not need to worry too much about the PS4’s power consumption. It can be said that when playing PS4 games even using a PS4 Pro – The top line still saves power much more than a PC.

When playing PS4, you can not set the power pulse low to save power, in fact, no one does because the configuration always trade frames. (FPS). Therefore, the only tip for you to save power when using PS4 is that when you do not play anymore, turn off your computer and choose Power Off mode instead of the default Rest Mode (See more “How to properly turn off the PS4” to understand clearly).

If you think you can’t save much on electricity, try again: Calculations, when in Rest Mode, PS4 will cost about 10W, if you multiply by the calculation below, you will waste money.

Thus, in addition to the fact that you need to download the game overnight, leave the device in Rest Mode, the rest consumes more than 200,000 / year and reduces the life of the PS4.

Read more:  What year will the PS4 fat machine be in production and is the life going to end yet?