As two great MOBA games, Wild Rift Alliance and Mobile Legends Bang Bang have their own outstanding features that make fans love them. What is the difference between Wild Rift League vs Mobile Legends? Let’s find out with Taimienphi through this article.

Immediately after its launch, the number of downloads and installations of Wild Rift League continuously overwhelmed the community, continuously beating the record of many popular MOBA games including Mobile Legends. Are players just curious, want to enjoy the new game or is it really better than Mobile Legends Bang Bang? Wild Rift vs Mobile Legends, which game is better?

1. Role
– League of Wild Rift: In LMTC we will find 5 roles that have been set by the developer Riot Games since the beta. You can see Solo and Doubles stats or signs on the way when the match starts. It shows Riot Games instructing mobile gamers about the role system taken from the PC version of League of Legends.

Currently, in matches where we often see the 1-3-1 meta being picked more often by teams, it’s much more effective to rely on just one carry, but still requires two solid offlanes to hold. roads.

2. Runes runes
– League of Wild Rift: In terms of preparing for battle, the game has a feature called Runes. With these runes, you can add or enhance your champion’s abilities and stats before going to the battlefield. For example, by choosing the Conqueror rune, your champion will deal extra Damage to enemy champions (thus, perfect for melee champions). Wild Rift gems are made available as soon as you play the game for the first time. You just need to reach level 10 to unlock them all and customize as you like. 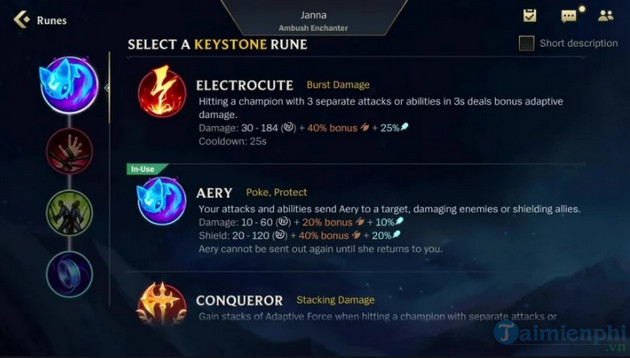 – Mobile Legends: Bows are called Runes but in the game they have more varieties, when receiving them only at the first level with weak plus stats, requires the player to spend a lot of time honing to achieve. max level (level 60).

3. How to buy items
– League of Wild Rift: You must return to base to be able to purchase items. It is quite similar to the PC version of League of Legends when it requires players to return to base, not allowing them to have a chance to push lanes and destroy turrets at the same time. 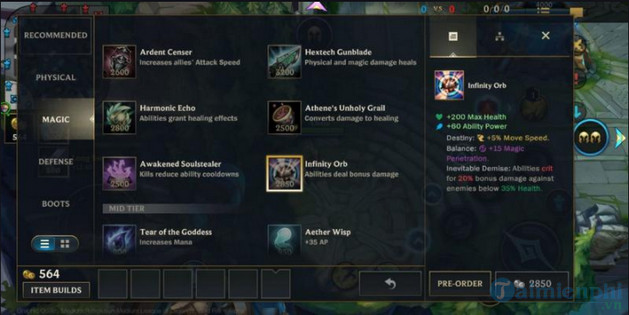 – Mobile Legends: Unlike LMTC, Mobile Legends shares some similarities with most mobile MOBA games, allowing you to purchase your items at any time. Some people might think it’s a bit weird, but it really gives players a chance to get creative or a way to engage in teamfights that take their opponents by surprise.

4. Vision system, eye plug
– League of Wild Rift: As a laner, you definitely don’t want anyone to interrupt your training. However, your opponents will try their best to annoy you by setting up ambushes, also known as ganks. Now, in Wild Rift, you can mitigate these types of threats by using the Eyes you have, storing up to 2 items. There are two types of Eyelids including:
+ Yellow Ward provides vision
+ Red Ward displays the enemy’s Yellow Ward and reveals whether the enemy champion is using an invisibility, stealth or camouflage skill.

Read more:  How to play game Hello Guest to overcome all challenges 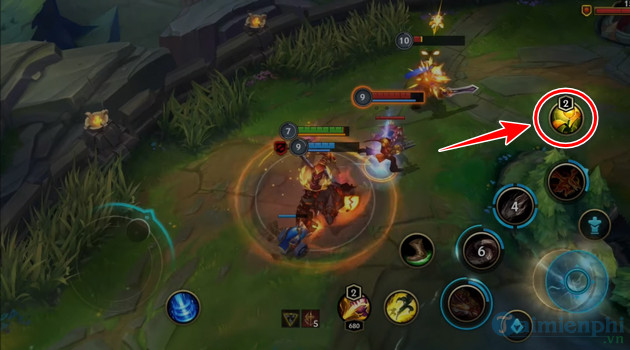 – Mobile Legends: Unlike LMTC, the game requires you to use Eyes to provide vision on the map, mainly relying on tankers and supports. These roles are critical to keeping the Carry safe. Aside from the fact that certain champions have Eye-like abilities including Selena with Abyssal Trap (1), Popol Kupa with Popol’s Surprise (3)…

5. Gold Resource Management
– League of Wild Rift: You will be familiar with the “last-hit” system like most PC MOBA games, where the player needs to deal the final blow to the minions to earn gold. Of course, if you stand close but not the last one, you still get gold but very little, this makes the player have to be more careful in the process of farming. 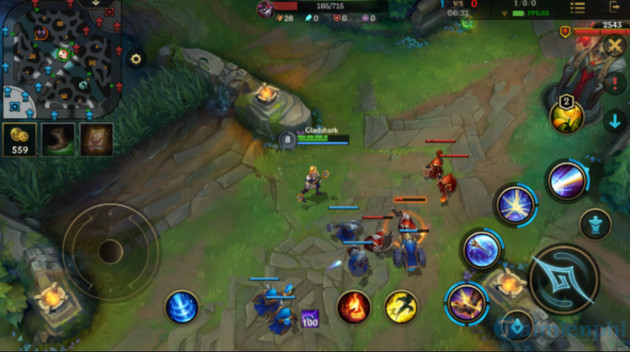 – Mobile Legends: Contrary to League of Legends, in Mobile Legends Bang Bang you just need to get close to minions to earn gold from it. So players can focus on clearing the minion wave without having to keep an eye on gold management during the laning phase.

Above are 5 differences between Wild Rift League vs Mobile Legends Bang Bang that you may not know. Follow Taimienphi for more information about the game, update the latest news.

https://thuthuat.taimienphi.vn/so-sanh-lien-minh-toc-chien-vs-mobile-legends-61781n.aspx
In addition, if you are wondering between Fall Guys vs Among Us, which game is better to play to entertain stressful times, please refer to the article below. Have a nice day readers.

Reference: Compare Fall Guys vs Among Us, which game plays better?

Read more:  How to check the status of the Wild Rift League server